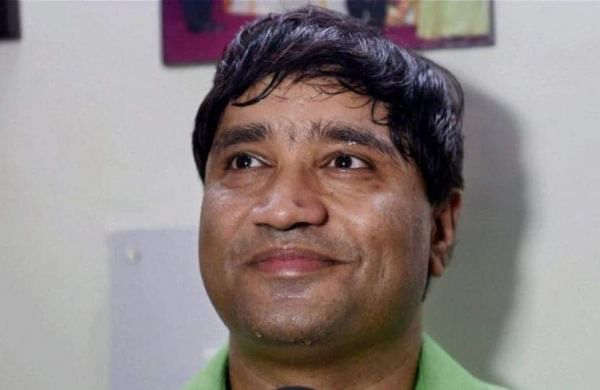 DEHRADUN: The Central Administrative Tribunal (CAT) while hearing a case of 2002-batch Indian Forest Service officer Sanjiv Chaturvedi pertaining to deputation in investigation wing of Lokpal stated that center must display ‘Magnanimity and Openness’ in the issue.

The CAT in its order dated December 15, 2021 stated, “In our view this is a bit hypertechnical objection, we expect MOEF & CC to display magnanimity and openness in this issue and take an expeditious and considered view in accordance with rules on the request made by the officer seeking deputation in the office of Lokpal.”

Next hearing of the matter has been scheduled on January 25, 2022.  At present Chaturvedi is posted as chief conservator of forests in research wing of Uttarakhand forest department in Haldwani city.

The order of the tribunal bemch comprising Justice Pratima K Gupta and member Tarun Shridhar stating that the union ministry of  forest, environment and climate change instead of forwarding the application to to the office of lokpal for appropriate view has raise an objection mentioning that application by the officer was filed without any ‘adverstisement or notification’ by the concerned office.

The ministry has sought response from the Uttarakhand government in the matter. Following this the officer told the tribunal that his prayer is limited to a mere consideration of his applications on merits and in accordance with rules.

The tribunal further states in the order, “In our view, this request (by the officer) is very fair and itni incumbent upon the respondents to take a decision which I reasoned and in accordance with rules and precedence.”

The tribunal further adds, “We also note that Mr Chaturvedi has cited instances where officers have either continued on deputation beyond the stipulated period or officers who have been selected for various positions without going through a process of responding to a particular advertisement or notification.”

In November 2019, the whistle blower officer who has garnered reputation of no nonsense corruption crusader write to the center requesting to allow him to serve in investigation wing of the Lokpal.  Notably, state government of Uttarakhand where he is posted as chief conservator of forests, a rank akin to joint secretary in the center has already granted NOC in December last year.

The officer filed a petition in CAT in February 2020 requesting the tribunal to direct the center not to reject the case of his deputation of which has been on any ulterior/subjective/oblique consideration, and decide the same objectively, on merit, facts and in accordance with law only.

In September 2020, on the request of the officer, the CAT had passed an order that until the matter is disposed, the NOC provided to the IFS officer cannot be ‘disturbed’. CAT is the body which decides on services matter of all India services such as IAS, IPS, IFS and others.

The former chief vigilance officer of AIIMS-Delhi in his petition stated that in earlier cases of deputation also, once the NOC was issued by Uttarakhand state government, there were malicious attempts to force the withdrawal of NOC, which was repeatedly set aside by Hon’ble Tribunal. However, it is learnt that again same tactics is being attempted, said the petitioner.

Asserting that corruption is scourge of nation and root cause of all the ills affecting the country, the petition said that blocking realization of its full potential and while the institution of Lokpal formally came into being in March 2019 after an untiring and relentless struggle of masses, in past one year institution of the Lokpal has not been able to punish a single corrupt official, mainly because of  large number of vacancies.

The petition also stated that the IFS has a proven track record in the field of vigilance/anti-corruption which had been substantiated as well as appreciated in the orders passed by various constitutional authorities including President, Prime Minister, Supreme Court and various other Tribunals/ Courts as well as being invited by all the prestigious national academies as resource person on the subject of anti-corruption.

“On the other hand, Secretary and other functionaries appointed by Respondent Central Government on deputation basis, to assist Lokpal, have no such track record of working in any anti-corruption assignment, as per information available in public domain,” the petition added.

Further, describing his credentials, the petition stated that the IFS officer, having successfully completed 17 years of service, timely availing all the promotions by dint of hard work and being promoted to rank equivalent to joint secretary in central government, having vigilance clearance, outstanding service record which includes appreciation / validation of his performance by all the constitutional authorities including President of India, Prime Minister of India, various High Court / Tribunals, even IB report and the Applicant being conferred prestigious Ramon Magsaysay Award for his tireless effort against corruption of high & mighty, having completed cooling off period and having already worked in central government during which he not only received outstanding appraisal reports but was also appreciated by the highest functionaries of the concerned ministry, the applicant has a legitimate expectation of being considered for the said deputation, in a fair and impartial manner, without any previous burden of animosity.

The petition further stating that to deprive the official without any valid reason, in view of huge number of vacancies into investigation wing, ignoring the previous experience of applicant, in the area of anticorruption/vigilance, would be completely arbitrary and hence violative of fundamental right of equality under Article 14 of the Constitution of India, mentioned thata record number of four orders were issued in favour of applicant favour of by/on behalf of the President of India, from year 2008 to 2014 which is a record for any All India Service officer, in the history of independent India.