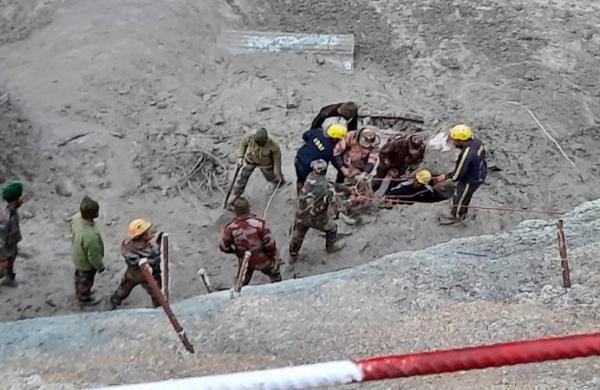 By PTI
TAPOVAN: Rescue efforts at present are focussed on extricating 30-35 workers trapped in a tunnel of the Tapovan-Vishnugad hydel project on the Dhauli Ganga river, following an avalanche triggered by a glacial burst near Joshimath in Chamoli district of Uttarakhand, an official said late Sunday night.

Around 30-35 people including workers and employees of the 480 mw Tapovan-Vishnugad hydel project on the Dhauli Ganga river are feared trapped inside one of the tunnels following the avalanche, Project GM RP Ahirwar said.

JCBs and Pokland machines are being used to cut into the debris clogging the tunnel to rescue the trapped workers, he said.

Efforts are being made on priority to save as many lives as possible, he said.