Uttarakhand disaster: Effigies for cremation, body parts fished out in search of victims 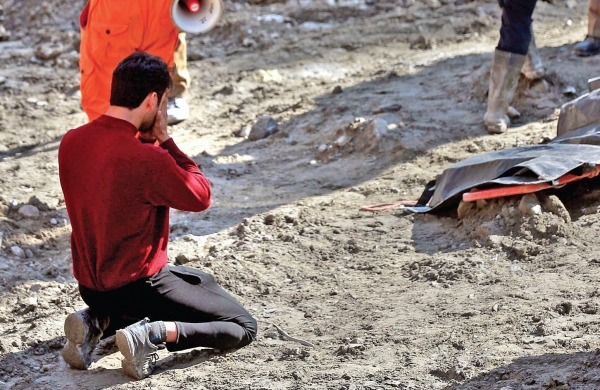 By Express News Service
DEHRADUN: Severed limbs and chunks of flesh fished out of muddy water. That’s what the rescue operation has been reduced to, 11 days after the disaster at the hydel power projects. Rescue teams have found body parts in the rivers Rishiganga, Dhauliganga, Alaknanda, their tributaries and other rivulets. In some cases, bodies were found over 150 kms away from the disaster epicentre.

So far, 58 bodies and 24 body parts have been recovered. Nothing was found on Wednesday. For family members of the missing, DNA tests are the only hope. Many are cremating effigies of family members as a symbolic last rite. “Effigies are cremated in the Jaunsari community if bodies are not found. We did that following our tradition, knowing that it’s impossible to find the bodies,” said Sanjay Chauhan of Panjiya village.

As operations entered the 10th day, identifying bodies and body parts is becoming the challenge. “It’s  a harrowing sight. Bodies are decomposed and disfigured. Family members are identifying them by articles worn, like watches, jewelery, belts and clothes in some cases,” said Navneet Bhullar, Commandant of the Uttarakhand State Disaster Response Force.

Unidentified bodies and body parts are being disposed off 72 hours after recovering them. Before that, officials are collecting DNA samples for identification in the future. Till Wednesday, 53 bodies and 20 body parts have been disposed off after performing last rites.