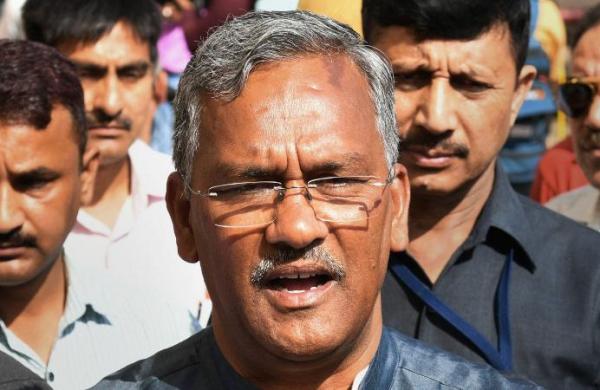 Rawat tweeted at around 1 am in the morning on Wednesday saying that he is ‘very sad’ to hear about the remarks made against Hridayesh and will personally call her too to seek further apology personally.

“Respected Indira Hridayesh ji, I am sad beyond anything today. Women are highly respectable to us. I personally apologise to you and all others who are saddened by this like me. I will speak to you personally and offer my humble apologies again,” Tweeted the CM.

Rawat tweeted an apology addressed to the 80-year-old Leader of Opposition who was called ‘Budhiya’ (Old lady) and ‘Doobta Jahaz’ (Sinking ship) by Bhagat on Tuesday.

“Humari neta-pratipaksha keh rahi bahut se vidhayak humare sampark me hain. Are budhiya! tujhse kyun sampark karenge? Doobte jahaz se koi sampark karega? (Our Leader of Opposition says that several MLAs are in touch with them. Why would they contact you old woman? What would one want to do with a sinking ship?),” the BJP president had remarked.

Retorting to this, Hridayesh said that she was hurt with the kind of language used by the BJP state president and demanded that the ruling party’s national leadership take cognizance of the incident.

“Such language, then it is an insult to the motherhood which the women of our hills will never forgive. I don’t use such unparliamentary language so can’t stoop to his level. I urge the BJP  national leadership to take notice of this and seek explanation from him. Raising the slogan of Beti Bachao, Beti Padhao, these people should at least be mindful of their language,” said Hridayesh.