Uttarakhand: Change of guard curse for the ruling party? 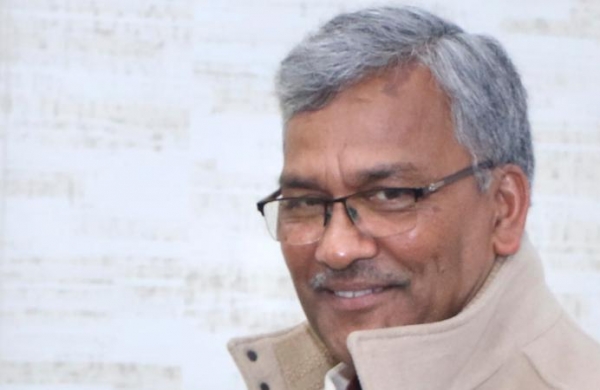 Express News Service
DEHRADUN: The change of Chief Minister midway in Uttarakhand either by circumstances or by the intervention of central leadership has not been fruitful for either the Indian National Congress and the Bhartiya Janta Party in the state.

However, political analysts have touted this move as a ‘big gamble’ on the part of the BJP.

Yogesh Kumar, a political analyst based in Dehradun says, “Unfortunately apart from ND Tiwari no Chief Minister has been able to complete 5-year tenure either due to circumstances or due to intervention of the central leadership. The common factor here is that both- the BJP and Congress have failed to make any electoral gains they hoped for by changing the CM. It’s a big gamble for the BJP with less than one year to state assembly elections.”

Only one out of a total 8 Chief Minister’s in the hill state have completed a 5-year tenure in the office. Except for the late ND Tiwari (2002-07), not one CM has completed their five-year tenure.

Following the death of CM Nityanand Swami in 2001 after 354 days in the office, Bhagat Singh Koshyari of the BJP was made the CM who remained in office for 122 days till 2002.

The BJP lost state assembly elections to Congress in the year 2002.

In March 2002, ND Tiwari of Congress became CM of the state and was the only CM to complete his tenure and remained in the office till March 7, 2007.

In March 2012, Bhuwan Chandra Khanduri of the BJP took charge as CM who was removed by the party after 2 years 111 days to bring in Ramesh Pokhriyal ‘Nishank’ to gain the lost ground of popularity.

Later, in September 2011 Nishank was removed after 2 years and 75 days in the office and Khanduri was brought in for upcoming elections due just six months.

The BJP suffered defeat by a slim margin of one seat and Congress was able to form the government with the help of other MLAs including independents in 70 member state legislative assembly.

With Trivendra Singh Rawat being the latest to leave after almost 4-year tenure and 9th CM to be appointed within a day or two, history seems to be repeating itself, said experts.

Kirankant Verma, another political commentator from Haridwar said, “Current situation very much reflects what happened in 2011. That resulted in BJP’s loss as Congress was able to form the government. However, the loss was just by one seat with BJP getting 31 and Congress getting 32 seats. Maybe this time the BJP is confident of achieving the desired number and break the doomed pattern.”

In the year 2014, the central leadership of Congress decided to remove Vijay Bahuguna to bring in Harish Rawat. Later in 2017, Congress suffered a humiliating defeat at the hands of the BJP.

The BJP got 57 seats in the state assembly leaving Congress with just 11.

Dinesh Mansera, a political commentator from Haldwani of Nainital district of Uttarakhand said, “The new CM will have to pull off the impossible which has been never done before. The new leader will have to work beyond hard to break the pattern and he will have less than one year.”