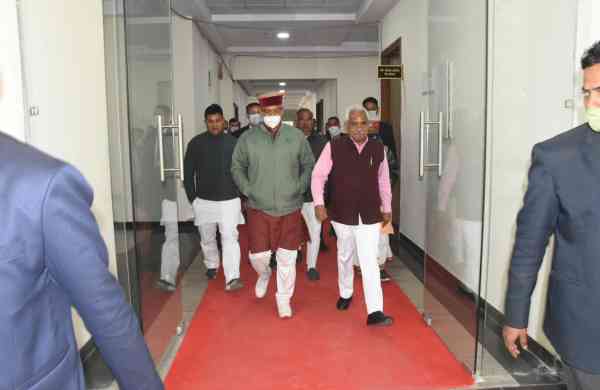 The opposition on Tuesday called BJP government of the state ‘General Dyer’s government’ alleging the government brutalizing own people.

“The police acting on the orders of this government attacked the women and elderly which mirrored General Dyer of the British rule who ordered to open fire on the freedom fighters at Jallianwala Bagh. This government doesn’t believe in democracy,” said Singh.

He further said, “The government resorted to high handedness against villagers who were well within their democratic right to hold protest for their demand of widening the 19-km road in their village in Ghat area near Gairsain.”

Singh also added that the residents of the village have been holding their protest for over 80 days now but the government failed to pay any attention.

The opposition MLAs led by Indira Hridayesh, leader of opposition moved into the well of the House demanding an apology from the government over Monday’s incident before staging a walkout and holding a sit-in protest at the entrance of the assembly and raising slogans against the government.

The opposition also alleged that the government has been doing nothing for the people.

“The government is doing nothing to control skyrocketing prices of essential commodities including fuel and food items. The common people of this country are suffering due to steep price rise of petroleum and essential items of daily use including vegetable and pulses. Our neighbouring countries including Pakistan, Bangladesh, Nepal, Sri Lanka and even Bhutan is doing better,” added Hridayesh.

The House managed to pass two amendment bills related to a change in a non-government university operating in Uttarakhand and another related to marketing of agricultural produce and livestock.