Uttarakhand accounts for 2.73% of deaths in India with just 0.8% of the country’s population 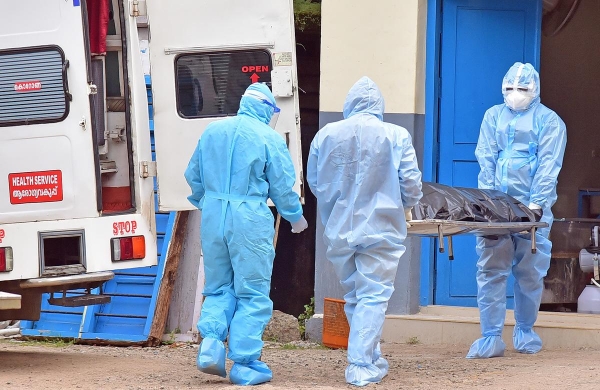 Express News Service
DEHRADUN: Uttarakhand with just 0.8% population of India, accounted for 2.73% of deaths in the country in the last seven days.

Anoop Nautiyal, an analyst based in Dehradun whose Social Development for Communities has been analysing data since March 2020 when the first-ever case was detected in Uttarakhand said, “Our population is just 0.8% of this country but in last 7 days in April we had 2.73% of deaths in India. This is a very high share. We should be careful and take more stringent measures to curb the spread.”

The second wave of Covid has hit the state hard, witnessing an unprecedented rise in Covid cases almost every day.

Only Maharashtra, Karnataka, and Kerela happen to be ahead of Uttarakhand with 822, 589, and 502 cases per lakh, respectively.

The state government on Saturday curbed the number of people allowed to attend marriages and other public gatherings to 25 which was 59 earlier.

Chief Minister Trivendra Singh Rawat attended a meeting with key officials of the state including the additional chief secretary, health secretary, director-general of police, and others to review the Covid situation.

Decisions that were taken in the meeting included providing Rs 1000 to ASHA workers of the state from the CM’s discretionary funds, ensuring supplies of oxygen and other essential medicines, checking the black marketing to tackle the situation.

The month of April has been worst for Uttarakhand with 80,110 new cases and 907 deaths, the highest ever in any month since March 2020 when the first of Covid 19 cases was detected in the hill state.

Meanwhile, the total number of active cases reached 51,127 with 5493 new cases on Saturday.

Uttarakhand has lost 2731 lives since the first case was detected in March 2020 in the state. Nainital district ranks second with 408 deaths while Dehradun tops the list with 1549 and Haridwar holds the third rank with 258 deaths.