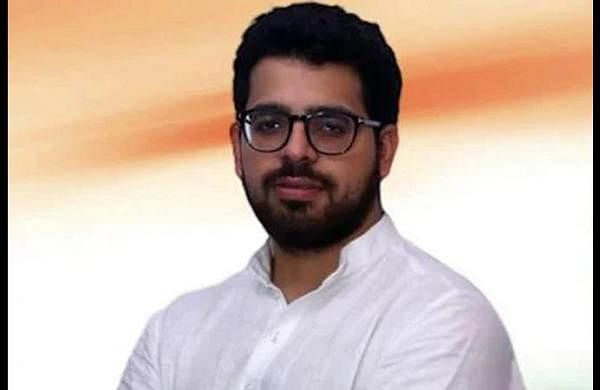 LUCKNOW: Beating the perception of not fielding any Muslim candidate, NDA has announced its first candidate – Haider Ali Khan– from Suar, the stronghold of Azam Khan, the jailed SP MP from Rampur.  The alliance has put its bet on Rampur royal family scion pitting him in a direct contest with Abdullah Azam, the son of Azam Khan.

Abdullah Azam is out on bail after spending 23 months in jail in connection with a case of forging age documents in 2017. The Allahabad High Court had disqualified him from the UP assembly declaring his election null and void in 2019. Haider Ali Khan has been declared a candidate by BJP ally Apna Dal (S) led by Union Minister Anupriya Patel. Khan is the grandson of Begum Noor Bano, the veteran Congress leader and former party MP of Rampur. Her rivalry with Azam has always been talked about in political circles. Congress had declared Haider its candidate on January 13, but he quit Congress to join Apna Dal (S).

Rejecting the notion that NDA doesn’t field minority candidates, Haider Ali Khan extended his gratitude to Apna Dal (SP) chief Anupriya Patel and NDA leaders for giving him the opportunity. “My candidature has belied the opposition, especially the Samajwadi Party, propaganda of NDA being anti-minority. In Rampur, Azam Khan used to intimidate people saying he would send them to jail by framing them in fake cases. With my ticket, the perception of Muslims will change towards the BJP. This is going to make a huge difference and now Muslims will also openly vote for the alliance, not just in Rampur but everywhere else,” he said while talking to media persons.

This is for the first time the BJP ally has fielded a Muslim candidate since the 2014 Lok Sabha elections when the saffron surge started making its impact felt in the Hindi heartland. In the 2017 assembly elections, Apna Dal (S) had fielded 11 candidates — all non-Muslims — and won nine seats. This time, Apna Dal (S), however, expects to get at least 15 seats.

Haider’s father Kazim Ali had contested the 2017 assembly elections from the Suar assembly seat on a BSP ticket but he was slipped to number three behind BJP’s Lakshmi Saini who bagged 26% of the vote share. The seat was won by SP’s Abdullah Azam. However, this time, Kazim Ali Khan has been fielded from Rampur by the Congress party.