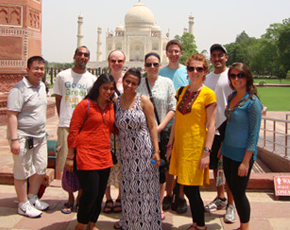 After facing criticism over Hathras case, there comes a piece of good news as Uttar Pradesh has secured the top position in terms of attracting the highest number of domestic tourists in 2019.

The state has also secured the third position in attracting foreign tourists with a record footfall of nearly 47 lakh foreigners visiting last year.