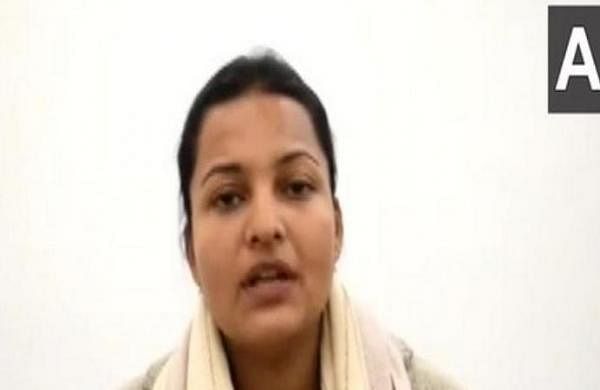 LUCKNOW: In an apparent much ado about nothing, BJP MLA Vinay Shakya’s daughter on Tuesday alleged that her father has gone missing after her uncle and grandmother took him to Lucknow from Auraiya but the police saiud the lawmaker is safe at his home in Etawah.

Amid reports that Shakya too is to join the Samajwadi Party like three other party MLAs after the resignation by UP minister Swami Prasad Maurya, the Bidhuna MLA’s daughter Riya on Tuesday alleged that her father has become untraceable after her uncle Devesh Shakya and grandmother took him to Lucknow.

Riya raised the alarm on a viral video while also demanding from the Uttar Pradesh government to trace her father.

Amid Riya’s alarms, Auraiya Superintendent of Police Abhishek Verma said the BJP MLA is “well and presently safe” with his mother at their residence in Shanti Colony in Etawah.

“The charge of kidnapping is baseless and untrue. The matter is of a family dispute. I have myself talked to the MLA on a video call. A Dy SP-level officer is also present there,” Verma told PTI.

In the video, Riya is heard saying that her father cannot talk clearly after suffering a brain stroke in 2018 and his whereabouts or condition are not known after he was taken away.

“On May 1, 2018, my father had a brain stroke and he was admitted to the SGPGI in Lucknow. He cannot talk clearly and after the operation, his condition has not been good,” she said.

“We are working for the BJP in the area as elections are near. I demand from the government to find out my father and our family members should be given a chance to meet him,” she added in the video.

Asked about Riya’s purported video about her father earlier, Lucknow Police Commissioner D K Thakur earlier told PTI that he did not have any such information.

There were reports that Vinay Shakya is also going to join SP along with three other MLAs — Bhagwati Sagar, Roshan Lal Verma and Brajesh Prajapati  after UP Minister Swami Prasad Maurya quit the government.