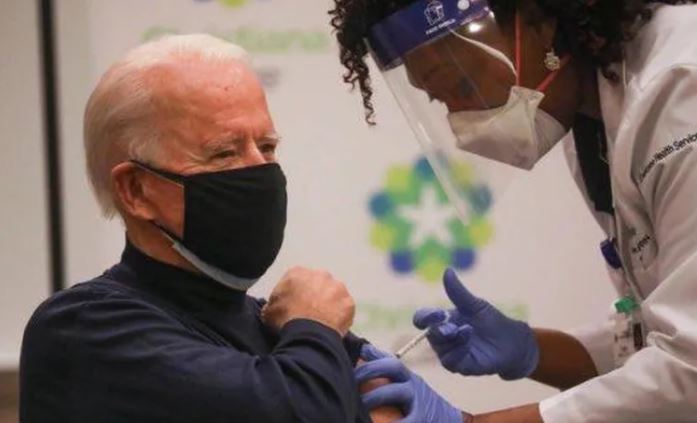 US President-elect Joe Biden received the first dose of the Pfizer-BioNTech vaccine at a hospital in Newark, Delaware on Monday, December 21 (local time). The vaccination process was also broadcasted live on television across the 50 states. With just a month left for his White House inauguration, Biden took the opportunity to urge all Americans to get inoculated as soon as the vaccine becomes available to them.

The 77-year-old also garnered accolades from Americans as he refused to count to three before receiving the shot. “I am ready,“ he said as instructed the health care professional to inject him with the vaccine. Biden praised the health care workers and said President Donald Trump’s administration “deserves some credit getting this off the ground.”

The president-elect said that his wife Jill Biden had received her first dose earlier in the day. Biden’s running mate, Vice-President-elect Kamala Harris and her husband Doug Emhoff are expected to receive their first shots next week.