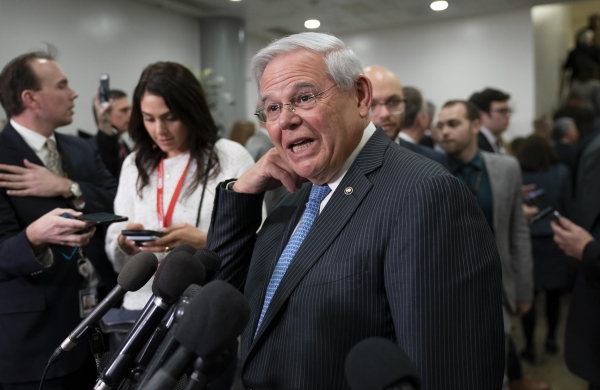 By Express News Service
NEW DELHI: Ahead of US Secretary of Defence Llyod Austin’s visit to India, Chairman of the US Senate Committee on Foreign Relations Bob Menendez has urged him to raise the issues of human rights and democracy, and acquisition of S400 systems from Russia.

“The Indian government’s ongoing crackdown on farmers peacefully protesting new farming laws and corresponding intimidation of journalists and government critics only underscores the deteriorating situation of democracy in India.

Moreover, in recent years, rising anti-Muslim sentiment and related government actions like the Citizenship Amendment Act, the suppression of political dialogue and arrest of political opponents following the abrogation of Article 370 in Kashmir, and the use of sedition laws to persecute political opponents have resulted in the US human rights group Freedom House stripping India of its ‘Free’ status in its yearly global survey,” Menendez wrote to the secretary of defence.

Austin is scheduled to visit India between March 19 and 21 where he will hold discussions with Defence Minister Rajnath Singh and National Security Advisor Ajit Doval. Menendez’s letter also urges Austin to take up the issue of India’s procurement of S400 Missile Systems from Russia, which could lead to US sanctions. “I recognise that India is not a US treaty ally and has historical ties with the Soviet and Russian militaries.

However, if India chooses to go forward with its purchase of the S-400, that act will clearly constitute a significant, and therefore sanctionable, transaction with the Russian defense sector under Section 231 of CAATSA,” he said and added that it will limit India’s ability to work with the US on procurement of sensitive military technology.