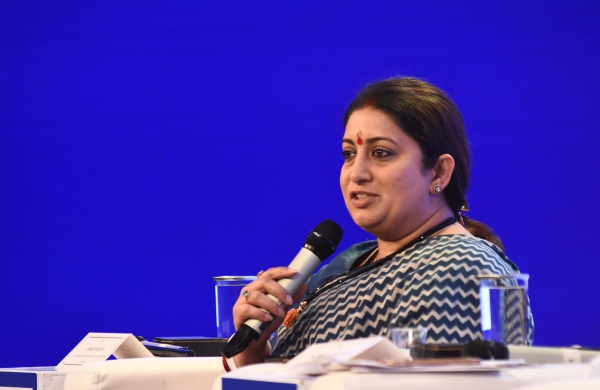 By PTI
NEW DELHI: A Parliamentary Standing Committee has underlined an urgent need to increase the share of budget of the Ministry of Women and Child Development to meet the needs and requirements of growing population of women and children.

The Parliamentary Standing Committee on Education, Women, Children, Youth and Sports on Demand for Grants (2020-21) of the Ministry of Women and Child Development said the schemes and programmes being run for them do not suffer any shortfall in resources.

The WCD ministry, in its response, said it has been pursuing the issue with the Ministry of Finance and underlined the fund allocation for its various schemes.

“That there is an urgent need to increase the percentage share of budget of the Ministry of Women and Child Development in the GOI budget to meet the needs and requirements of the growing population of women and children, so that schemes and programmes being run for them do not suffer any shortfall in resources,” the committee recommended.

For the national nutrition mission to fight malnutrition, the committee said the gap between the projected demand of the ministry for each of its programmes and the actual allocations needs to be bridged completely.

“As any gap would mean either targets are being compromised or intended beneficiaries are not being covered. Both the things would defeat the purpose of the schemes meant for the benefit of the most vulnerable section of the society i.e.women and children,” the committee said.

“However, as recommended by the Committee, the proposal will be fine tuned further in consultation with other stakeholders in future,” the WCD Ministry said in its response.

The committee also recommended that the WCD Ministry be more vigilant in preparing their Annual Action Plan and presenting their proposals before the Ministry of Finance in a structured manner so that variations in budget allocations are observed to which the ministry said that “due care shall be taken in future”.

On women welfare schemes, the committee said there is a need for effective implementation of the schemes meant for providing immediate institutional relief to women in distress. “It would be a complete irony that on the one hand crime against women is rising and on the other hand fund allocated to enhance the safety and security of women remaining underutilised,” it said.

The committee recommended optimum utilization of funds under both the schemes and better implementation by States/UTs in coordination with Ministry of Women and Child Development. The committee sought status of the District Level Centres for Women (DLCW) under the Mahila Shakti Kendras Scheme.

“It is noted by the Committee that only 24 districts have functional DLCWs so far. Of the most backward districts in India, ten which are situated in Bihar, not a single DLCW has been set up yet. Similarly, of the 19 districts of Jharkhand and in Chhattisgarh no DLCW has been made operational. The status on the number of DLCWs set up and the number of women who benefitted from them shows that the scheme was not properly implemented,” the committee said.

The committee noted that the Anganwadis are “quite deficient” in supplies and infrastructure for education and as a result, they tend to contain fewer children from 4-6 years of age range.

The committee also sought to know about the outcome of delegating the power to recruit anganwadi workers and anganwadi helpers and supervisors (against promotion quota) to the District Magistrates/District Collectors in 115 districts of the country for filling up of vacancies of Anganwadi functionaries.

The committee said that although in Financial Year 2020-21 Budget Estimates (BEs), allocated Rs 3,700 crore for the Poshan Mission, which is a 9 per cent increase from previous year’s Revised Estimates (REs), the utilization of funds under the scheme has been consistently low.

“On average, only 34 per cent of fund was spent over the cumulative period from FY 2017-18 to FY 2019-20. Further, there are differences in the quantum of funds received by States. The variance in utilisation of funds is also serious concern, specifically due to stunting of children less than 5 years in 267 districts across 22 states which is higher than the national average,” it said.

It underlined that Information and Communication Technology enabled Real Time Monitoring (ICT-RTM) scheme is one of the largest activities within Poshan Abhiyaan. “However, 74 per cent of the total expenditure incurred under ICT-RTM was on the procurement of mobile phones. This was followed by 11 per cent for recharge and maintenance of mobile phones and 7 per cent for training. In this context, the committee strongly feels that the mission calls for evidence-based research and planning at a grassroots level in order to employ resources on a need-based framework,” the parliamentary panel said.