UPSC civil service​ exam: SC asks Centre to consider if one-time relaxation can be given on age limit 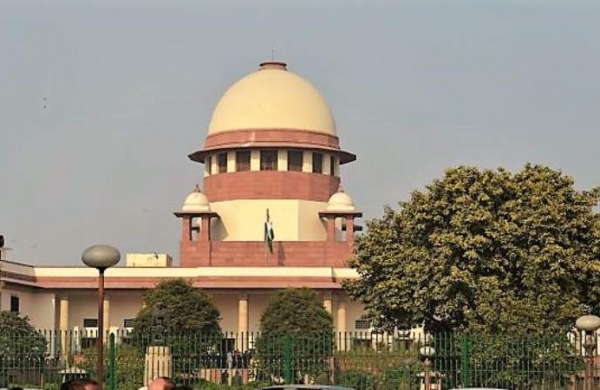 By PTI
NEW DELHI: The Supreme Court Monday asked the Centre to consider granting one-time relaxation on age limit to UPSC civil service aspirants, including those who had exhausted their last attempt in 2020 exam amid the COVID-19 pandemic and would get one more chance this year provided they are otherwise not age barred.

The Centre had on February 5 told the apex court that it was agreeable to give an extra chance as a one-time relaxation to those civil service aspirants, who had appeared in their last attempt in the 2020 exam and are otherwise not age-barred.

It, however, had said that no relaxation shall be granted for 2021 exam to those candidates who have not exhausted their permissible number of attempts or to those who are otherwise age-barred from appearing in 2021 exam as per the prescribed age limits of different categories, or to any other candidate for any other reason whatsoever.

During the hearing on Monday before a bench comprising Justices A M Khanwilkar and Dinesh Maheshwari, the counsel appearing for the petitioners told the court that there was ‘difficulty with regard to age bar’ condition as said by the Centre last week as it would affect aspirants especially those belonging to categories of persons with disability, Scheduled Castes and Scheduled Tribes.

The bench observed that there was ‘extraordinary situation’ due to the pandemic and the authority should not be rigid.

“We are not rigid. When this court suggested us, we gave the relaxation,” Additional Solicitor General S V Raju, appearing for the Centre, told the bench.

The bench told Raju, “You can always argue that it is a matter of policy. The point is that is there a way out. They (petitioners) have concern that some may be over age by 10-15 days. They are seeking a one time relaxation on age bar”

Raju told the bench that it may not be possible but he would consult the authorities and get back to the court.

“This is an extraordinary situation and everyone knows about it. Some candidates were serving in essential services. Some may get undue benefit but there are genuine cases also,” the bench observed.

The difficulty will be that other aspirants may also come and say that they be given one more chance, Raju said, adding that he can demonstrate with facts that there is nothing arbitrary.

“Policies are made keeping in mind ground realities,” the bench observed, adding that around 2,200 aspirants would get benefit if age limit is relaxed as a one-time measure.

When Raju said he would consult the concerned authorities on this, the bench said, “If you want it, you can get it done.”

The ASG said that candidates who had their last attempt in 2020 had appeared in the exam and took their chance.

At the outset, the counsel appearing for the petitioner raised the issue of age limit.

The bench initially said it would not go into the aspect of age limit for the time being.

“The point is if we do it in this examination, then same pattern may be followed in other examinations,” the bench observed and posted the matter for hearing on Tuesday.

One of the lawyers appearing for the petitioner said that aspirants had faced tremendous difficulties during the pandemic and they are requesting for relaxation on age limit.

On February 5, the Centre had filed a note in the apex court which said, “Relaxation, only to the extent of providing one extra attempt for Civil Service Examination (CSE), specifically limited to CSE-2021, may be granted to only those candidates who appeared for CSE-2020 as their last permissible attempt and are otherwise not age-barred from appearing in CSE-2021.”

“This relaxation for the candidates and to the extent as prescribed above, shall be a one-time relaxation only and shall apply only for appearing in CSE-2021 and shall not be treated as a precedent,” it had said.

“As per the suggestion of this court, the Union of India is agreeable for the following ex-gratia, one-time, restricted relaxation to be granted to the prospective candidates, subject to the same being part of a consent order, disposing off the petition,” the note had said.

The bench is hearing a plea which had sought one more chance in the UPSC’s civil services exam to those aspirants who could not appear in their last attempt in 2020 due to the pandemic.

On February 1, the Centre had told the top court that it cannot grant an extra chance to civil services aspirants who could not appear or prepare well for their last attempt in the UPSC civil service exam in 2020 due to the pandemic, while reiterating that it would amount to extending ‘differential treatment’ to similarly placed candidates.

The Centre had earlier furnished a chart in the apex court giving details of relaxation given by Union Public Service Commission (UPSC) in civil services exams since its inception and had said that in 1979, 1992 and 2015 relaxations were given to the candidates due to change in patterns of examination.

The top court on September 30 last year had refused to postpone the UPSC civil services preliminary exam because of the COVID-19 pandemic and floods in several parts of the country.

However, it had directed the central government and the UPSC to consider granting an extra chance to candidates who have their last attempt in 2020, with corresponding extension of the upper age-limit.