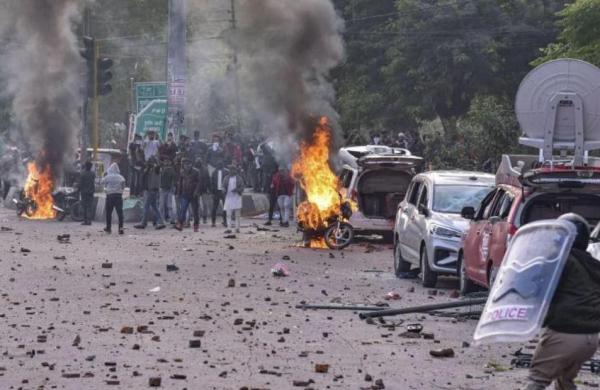 Express News Service
LUCKNOW: Tension gripped Rampur district in western UP after police arrested Shah Farhat Ahmad Jamali, a cleric associated with the famous Hafiz Shah Dargah, and three others on Saturday in connection with the anti-CAA violence on December 21, 2019.

One person was killed and several others injured when people had indulged in stone-pelting at cops, vandalizing public property, and torched several vehicles on the call of Jamali as part of the protest against the CAA.

The police had issued notices to all those who were booked for rioting and inciting violence including Jamali. The cops had issued the notices on February 6 asking the rioters and inciters to record their statements. But Jamali, who heads Hafiz Shah Dargah, ignored the police notice and did not turn up to record his statement.

The police on Saturday raided the residences of Jamali and three others and arrested them. As per the police sources, Jamali had given the call for the violent protest to the members of his community.

After Jamali’s arrest, local Muslim clerics gave a call for protests at Dargah Hafiz Shah. A large contingent of the police force was deployed at the shrine and other sensitive areas to check any untoward incident.