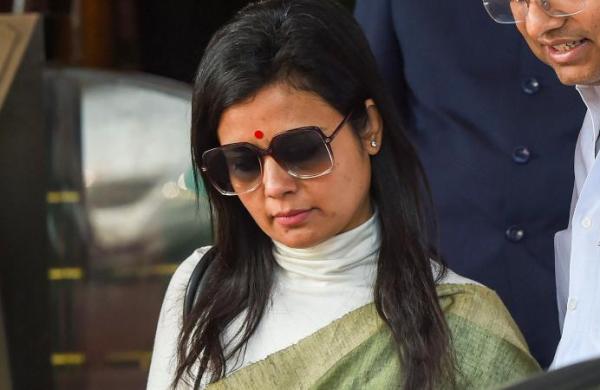 By PTI
NEW DELHI: Trinamool Congress MP Mahua Moitra’s critical reference to a former chief justice of India created uproar in Lok Sabha on Monday, with treasury members accusing her of violating parliamentary rules and demanding that her remarks be expunged.

RSP MP N K Premachandran, who was in the Chair, said her remarks will be expunged if found objectionable.

Union Minister Arjun Ram Meghwal termed her comments against the former CJI, who was not named, as “shameful”.

In her strong-worded speech during the discussion on the Motion of Thanks to the President’s address, Moitra lashed out at the government for making “hate and bigotry” a part of its narrative and alleged that the judiciary and the media have also “failed” the country.

She alleged that India is facing an “undeclared emergency” and accused the government of dubbing protesting voices from students to farmers and old women of Shaheen Bagh, a reference to anti-Citizenship (Amendment) Act agitation in Delhi last year, as “terrorists”.

Moitra also asked as to why the home ministry had been extending the deadline to frame CAA rules.

She repeatedly used terms like cowards and cowardice to slam the government for “hiding behind” power and authority and alleged that it has made India a “virtual police state” by charging critical voices with sedition.

The government’s decision to impose a nationwide lockdown following the outbreak of COVID-19 inflicted “untold misery” on people with lakhs of people forced to walk to their homes hundreds of kilometres away, Moitra alleged.

She demanded that the three new farm laws that have drawn protests from farmers be repealed.

Participating in the debate, BJP member Virendra Kumar said the Narendra Modi government is committed to the welfare of farmers and it will remain so in the future too.

The Modi government has been trying to double the income of the farmers through various measures, he said.

Referring to the ongoing farmers’ agitation against the three agricultural laws, Kumar said there was some anxiety among a section of farmers but the government has tried to allay their concerns through discussions and so far 11-12 rounds of talks have taken place.

“I want to make it clear that the government is committed to the welfare of the farmers. It was, it is and it will continue to do so,” he said amidst thumping of desks by BJP members in attendance of Prime Minister Narendra Modi, Home Minister Amit Shah, Defence Minister Rajnath Singh and Congress leader Rahul Gandhi among others.

Kumar said the government has so far given Rs 1,13,000 lakh crore financial assistance to farmers and has been trying to enhance the minimum support price (MSP) of various agriculture products.

“Our government’s aim is to double the income of the farmers,” he said.

The BJP member said those who had incited people to create vandalism at the Red Fort or doubted the efficacy of the Indian vaccines, could not be called leaders.

Kumar also listed the Modi government’s initiatives for the welfare of migrant labourers, reforms in labour laws, empowerment of women and providing houses to all homeless people by 2022.

In his speech, DMK’s T R Baalu accused the government of transgressing on state’s powers and also demanded that Tamil be made an official language.

Tamil enjoys this status in countries like Sri Lanka, Malaysia and Singapore, he said, accusing the government of undermining the language as he noted that none of the Kendriya Vidyalayas in Tamil Nadu teaches it.

“Don’t play with flames,” he said.

He asked the government to address the concerns of the farmer unions protesting against the three farm laws, and said it should not stand on “false prestige and ego”.