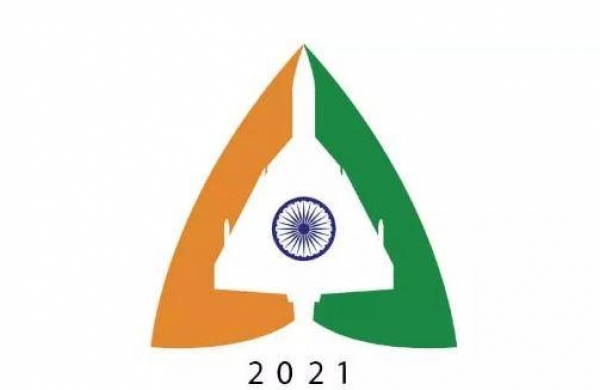 Express News Service
LUCKNOW: Uttar Pradesh has planned it big at Aero India this time in Bengaluru. In the three-day grand aviation show inaugurated on Wednesday, the UP Expressways Industrial Development Authority (UPEIDA), which has set up a pavilion, is all set to sign 17 MoUs attracting close to Rs 5,000 crore investment to its ongoing ambitious ongoing UP Defence Corridor project.

In fact, the land acquisition work for the corridor is almost 90% over in four of the six districts identified as six nodes including Agra, Aligarh, Chitrakoot, Jhansi, Kanpur, and Lucknow, for the upcoming projects.

Last year, UPEIDA had signed 23 MoUs with an estimated investment of Rs 50,000 crore for defence corridor during the defence expo which had taken place in Lucknow.

UP Industry Minister Satish Mahana inaugurated the state pavilion at the grand aviation show that took off on Wednesday. As per the UPIEDA sources, the places where land has been acquired for the defence corridor project are Jhansi (94%), Chitrakoot (96%), Aligarh (92%) and Kanpur (81%). The corridor is proposed to be set up across 3,525 hectares of land in Bundelkhand region.

In all, 13 private companies would be signing MoUs with UPIEDA with investment intent of Rs 4,501crore. The move is expected to generate 9,000 direct jobs. Apart from them, the Indian Air Force, HAL, Naini Aerospace Ltd, a subsidiary of HAL, and Bharat Earth Movers Ltd will also sign MoUs with UPEIDA.

ALSO READ | Aero india 2021: India need not depend on anyone for defence needs, says Rajnath Singh

According to UPEIDA media advisor Durgesh Upadhyay, the firms signing the MoUs will have to pay a 10% fee of the total land cost which they need for setting up their manufacturing units. However, UPEIDA will reciprocate by providing the firms logistics such as roads, electricity, and other basic amenities toensure ease of doing business.

Sharing the details, Upadhyay said that while in Lucknow, HAL and Bharat Dynamics Ltd have demanded about 250 acres of land, proposals from 5-6 small and medium industries have also been received. The authority had signed MoUs with 25 companies to invest in Aligarh, with proposed investment of Rs 1,500 crore. A defence park is proposed on 213 hectares of land in Kanpur, he added.

The big corporate houses including Tata Technology, Siemens, and Dassault have also sent proposals for the establishment of a central facility centre. Moreover, MoU between the Indian Navy and UPEIDA has also been signed. With this, MSMEs and start-ups will be able to interact directly with the ‘buyer’ and customise their solutions. A centre of excellence established by UPEIDA, IIT BHU, and IIT Kanpur will also work closely with the Indian Navy.