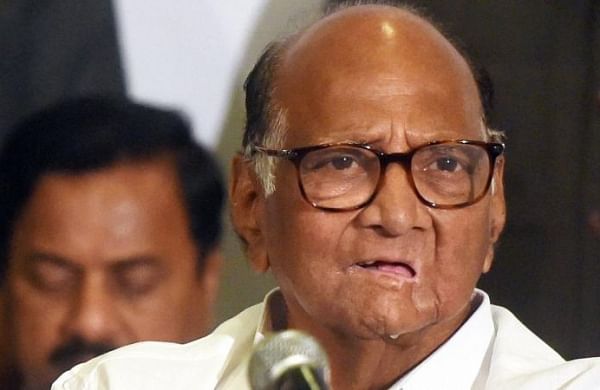 NEW DELHI: NCP supremo Sharad Pawar will lead the party’s campaign in Uttar Pradesh where the party is contesting the assembly elections in alliance with the Samajwadi Party.

Besides Pawar, senior leaders and parliament members Praful Patel, Supriya Sule, Sunil Tatkare and Fauzia Khan have been named as star campaigners for the assembly elections.

Elections for the 403-member Uttar Pradesh Assembly will be held in seven phases from February 10 to March 7.

The results will be announced on March 10.

SP is expected to field candidates on about 350 of the 403 seats, while the rest would be split among alliance partners.

Opposition leaders are expected to hit the campaign trail in Lucknow in support of Samajwadi Party next month.

Pawar had said that the BJP had not fulfilled the promises it had made to the people and that Uttar Pradesh will witness a change in government after elections.

In his first political programme in Uttar Pradesh after the assembly poll dates were announced, Home Minister Amit Shah will be on a door-to-door campaign in support of the BJP candidate in the western UP constituency of Kairana on Saturday.

The senior BJP leader, who is playing a key role in the party’s campaign in the politically crucial state, will also hold a meeting with party workers in Shamli and Baghpat, sources said, adding that he will later have an interaction with eminent citizens in Meerut.

Shah’s choice of Kairana is significant as BJP leaders had alleged in the run-up to the 2017 assembly polls that a large number of Hindus were forced to migrate from the area due to threats.

Uttar Pradesh will have seven-phase polls starting from February 10.

Chief Minister Yogi Adityanath on Friday released the BJP’s song for the assembly polls and said rioters, who once enjoyed the patronage of previous governments and were a threat to the state’s peace, now have their posters pasted in public places.

Speaking on the occasion, the chief minister said, “The rioters who were once a threat to the peace and harmony of the state and enjoyed patronage of previous governments, today have their posters pasted on roads and crossings.”

“Taking the basic mantra of ‘Sabka Saath, Sabka Vikas’ of Prime Minister Narendra Modi as the aim of our government, we have worked for the development of all but appeasement of none,” Adityanath said and referred to the achievements of his government.

“Our government also paid cane dues pending from the SP and BSP governments’ time,” he said.

Adityanath said that his government has fulfilled the promises made by the BJP in its 2017 election manifesto.