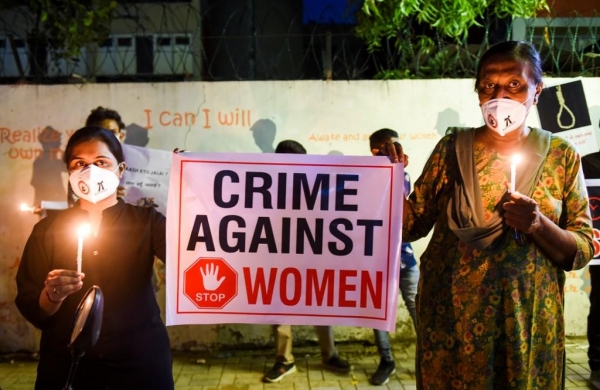 By PTI
GORAKHPUR: A police sub-inspector in the nearby Basti district was arrested Monday after a woman accused him of sexually harassing her and “trapping” her family into various cases of land dispute, police said.

They said an FIR was registered Saturday against more than 15 people including Sub-inspector Deepak Singh, who was deployed earlier at Sonupar police post under Kotwali police station.

Singh was arrested and sent to jail Monday, a police official said.

The woman has alleged in her complaint that during the coronavirus-induced lockdown in March last year, the SI inspector had stopped her scooter as she was not wearing a mask and took her mobile number.

After that he started sending her “objectionable” messages and tried to have a relationship with her and when she refused, he along with the help of other policemen and revenue department employees, trapped her family into various police cases of land dispute and harassed her, she has alleged.

The woman and her family appealed to state women commission and chief minister Yogi Adityanath for help.

On Saturday, Gorakhpur Zone ADG Akhil Kumar and Basti’s Divisional Commissioner Anil Kumar Rai met the woman in Basti after which an FIR was lodged with the Kotwali police station the same day.

Basti SP Hemraj Meena was transferred and Ashish Srivastav took charge as the new police chief of the district.

The FIR has been registered against 11 named policemen, 2-3 unidentified policemen and two employees of revenue department, police said.

The case has been registered under various sections of the Indian Penal Code and under the IT Act, police said.

“The investigation has been initiated and further action will be taken on the basis of reports of the probe,” new SP Ashish Srivastav said.