UP CM Yogi Adityanath hits out at SP, says Akhilesh government was worshipper of Kans 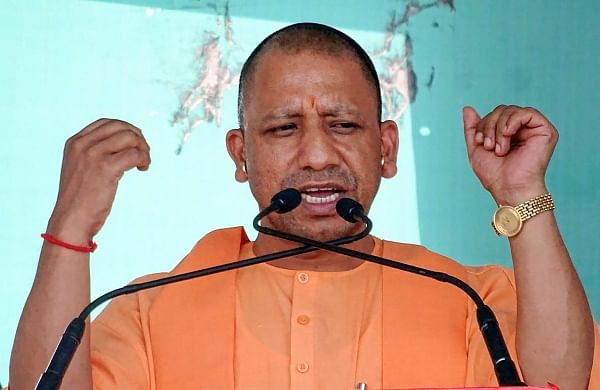 ALIGARH: In a veiled attack, Uttar Pradesh Chief Minister Yogi Adityanath on Tuesday accused Samajwadi Party president Akhilesh Yadav of not doing anything for Mathura and other religious places associated with Lord Krishna, and termed the previous SP government as “the worshipper of Kans”.

He accused the previous government of creating a Kans that resulted in the Jawahar Bagh incident in which 29 people were killed in June 2016 when police forcibly tried to evict squatters who were backed by Ram Vriksh Yadav.

Adityanath’s comment came a day after Akhilesh Yadav claimed that Lord Krishna comes to his dreams every night to tell him that he would form the government in the upcoming assembly polls and establish “Ram Rajya” in UP.

Addressing a public gathering here after inaugurating 660 MW Harduaganj Thermal Power plant costing Rs 7,000 crore, he said, “While I am inaugurating the power project here, some people are dreaming in Lucknow. Lord Krishna would be coming in their dreams, and tell them to shed tears over their failures. The work that they have not been able to do, the BJP government is doing it.”

Adityanath said in the dreams, Lord Krishna must have told them that when they were in power, they “failed” to do anything for Mathura, Barsana, Vrindavan, Gokul and Baldev.

Akhilesh Yadav led the Samajwadi Party government in Uttar Pradesh from 2012 to 17 and in the last assembly polls, the BJP came to power in the state and Adityanath was made the chief minister.

“Nobody bothered about Lord Krishna during that time. They were worshippers of Kans and used to create Kans. And when Kans was created, the incident of Jawahar Bagh took place in which SP (city) Mukul Dwivdei attained martyrdom,” Adityanath alleged.

In the violence at Mathura’s Jawahar Bagh park, 29 people, including two police officials, were killed during a drive to evict squatters.

Members of the Azad Bharat Vidhik Vaicharik Kranti Satyagrahi cult, led by Ram Vriksh Yadav, had encroached on the 270-acre Jawahar Bagh, which was government land, for two years and clashed with police when they tried to evict them.

Ram Vriksh Yadav too was killed in the encounter.

The BJP government has given Covid vaccines and food grains at no cost to the poor, but had the SP, BSP or Congress been in power, they would have eaten the foodgrains meant for them and swallowed the money for free vaccination, Adityanath claimed.

After doing so, these parties would have left like former Afghanistan president Ashraf Ghani, who fled his country after the Taliban took over, he alleged.

“During the Covid pandemic, they did not step out of their homes. Babua was not seen for 20 months. Now, the third wave of coronavirus is also coming,” the chief minister said in an apparent reference to Akhilesh Yadav.