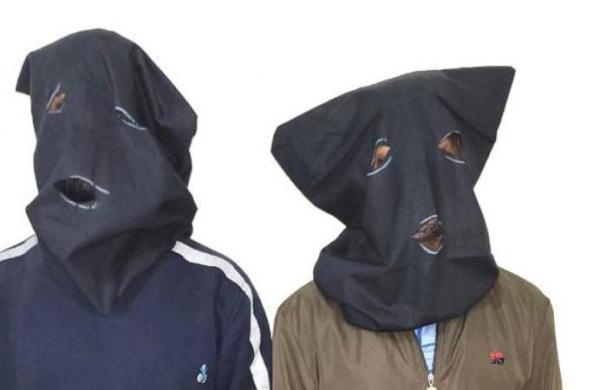 Express News Service
LUCKNOW: The Anti-Terror Squad (ATS) of Uttar Pradesh Police has lodged a fresh FIR against the two PFI members — Anshad Badruddin and Firoz Khan — invoking the sections pertaining to treason here on Wednesday. The other sections slapped on the duo include those under the Unlawful Activities (Prevention) Act (UAPA), criminal conspiracy, Arms Act, and Explosives Act. As per the sources, UP ATS produced both the PFI activists in a local court in Lucknow and took them into its remand for a week.

The ATS sleuths are also planning to take the remand of recently arrested PFI general secretary — K Rauf Sharif from Kerala who was brought to Mathura jail over his alleged role in fomenting unrest in the state during Hathras gangrape and murder case. It may be recalled that five PFI members are already in lodged in Mathura jail allegedly for fomenting trouble in the state during the infamous Hathras case and the subsequent nationwide outrage over it.

As per the police sources, during the last one year, UP Police have arrested 123 PFI activists in connection with various cases including anti-CAA protests.

ALSO READ | PFI members arrested with explosive devices in UP, planned to execute blasts across state

Both Badruddin and Firoz, the natives of Kerala, were arrested by the UP Special Task Force (STF) in a joint operation with central agencies in Lucknow on Tuesday evening. The cops had seized huge amount of explosives, weapons, and live cartridges from the possession of the two fugitives who later confessed to their plan of executing bomb blasts across UP.

Sources claimed that the ATS wanted to interrogate Badruddin, Firoz, and Rauf together. According to ADG (Law & Order) Prashant Kumar, while Anshad Badruddin was identified as the national head of the PFI’s ‘Hit Squad’, Firoz was the national trainer on bomb-making. The ADG had also said that both the PFI members were black belts in martial arts and had confessed to having the task to target at least 20 to 25 RSS leaders within the next few months across India.

Their immediate task was to trigger blasts across Lucknow on the occasion of Vasant Panchami on Tuesday (February 16, 2021).

The police sources did not deny the possibility of foreign funding for the execution of the plan in UP. The police have also recovered a list of prominent Hindu organisations and their leaders. Documents in Malayalam were also recovered from the possession of the duo, said the police sources, adding that both had distributed explosives to their contacts in the state capital before being arrested from Picnic Spot Road on Lucknow outskirts.

ADG Kumar had said that the arrests were made following specific tip-offs about a plan to trigger blasts in different parts of the state. “We got specific leads that the two had reached Lucknow on February 11 and a manhunt was launched. We activated our informers’ network and finally zeroed in on the two onTuesday,” the ADG had said. He had added that the two were also involved in brainwashing gullible youths against the government and then train them in handling weapons and explosives.