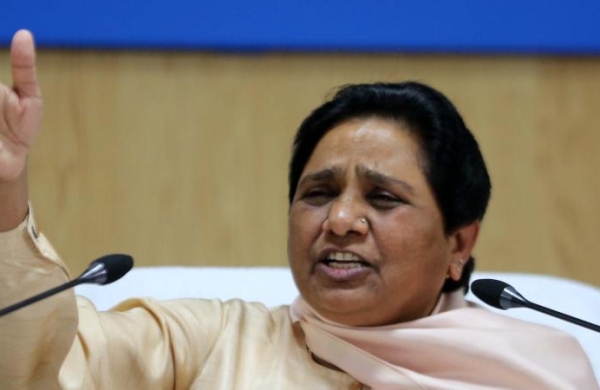 Express News Service
LUCKNOW: With the UP Assembly polls just six months away, major political players are back to the dashboard. For the BSP, the elections will be another attempt to retry their tried-and-tested formula of wooing the Brahmin-Dalit combo to win back power.

Ironically, for the blue brigade, a lot of water has flown down the Gomti since the days of ‘Tilak tarazu aur Talwar… inko maaro joote chaar’ in 1989 to ‘Haathi nahin Ganesh hai… Brahma Vishnu Mahesh hai’ in 2007 to the latest battle of survival they now face.

As the polls inch closer, the BSP has been suddenly reminded of the Brahmins, who, it claims, are suffering and being exploited under the Yogi raj.

The party is reiterating at all the forums that both the Brahmins and Dalits are at the receiving end in BJP-ruled Uttar Pradesh. It is once again trying to reach out to the Brahmins and the campaign is being led by BSP supremo Mayawati’s close confidante and the party’s Brahmin face Satish Chandra Mishra. The big difference — this time the party is giving a Hindutva tinge to its discourse by projecting itself as the messiah of not only the Dalits but also of Hindus in general.

The party has just concluded a series of conventions of its ‘prabudhh varg’ (intellectual cell) it has been carrying out since July 23. Strategically, it chose the temple town of Ayodhya as the venue of its first convention and raked up the Ram Temple issue — a cause seen as close to the ruling Bharatiya Janata Party’s (BJP) political discourse.

“The BSP will expedite the construction of the Ram Mandir if it comes to power. It should not take this long in building the grand temple of Lord Ram,” said SC Misra at a BSP event in Ayodhya on July 23.

After Ayodhya, the BSP held similar conventions in other temple towns including Varanasi, Chitrakoot, where the RSS recently organised a four-day brainstorming session on UP elections, and even in the land of Lord Krishna Mathura-Vrindavan.

The BSP is going by the perception that the upper-caste Brahmin community is disillusioned with the Yogi Adityanath regime and is projecting itself as the saviour of Brahmins if voted to power in the state in the upcoming elections.

The party has drawn the inference that the  Brahmins are being tormented under the Yogi Adityanath rule from the fact that 17-year-old widow Khushi Dubey, a relative of slain gangster Vikas Dubey, the villain of the Bikhru massacre of eight cops last year on July 2/3, has been jailed.

Mayawati’s BSP has decided and announced that it will take up the legal battle to secure bail for Khushi, 17,  who is languishing in a juvenile home in Barabanki. She had been jailed in connection with the Bikhru massacre following which her husband Amar Dubey, the nephew of gangster Vikas Dubey, was killed in a police encounter two days later.

Mother disowns son, father refuses to attend cremation and family refuses to claim his body: With #VikasDubeyEncounter, neighbours and others in #Bikru village heaved a sigh of relief and celebrated the end of terror. @Namita_TNIE https://t.co/wnVaj9mjHt
— The New Indian Express (@NewIndianXpress) July 10, 2020

“Khushi Dubey’s case is very sensitive. The 17-year-old girl, barely three days into her wedded life, was jailed under serious sections including murder. If they seek any legal help, we will help them with anything in our capacity,” Mishra said.

In Ayodhya and in subsequent conventions, the BSP national general secretary SC Mishra claimed that the Brahmin community was alienated from the BJP because of their alleged persecution. He claimed that the community would rally behind the BSP in 2022 and give it back the edge they had in 2007.

“The Brahmin community is feeling oppressed and sidelined. When Brahmins give support, all communities extend their support automatically,” Mishra said, while speaking to the local media in Ayodhya.

However, Mishra made it clear that BSP would contest the upcoming elections on its own. “The BSP in UP will fight alone and will not come in alliance with anyone. We will be in alliance with the people of the state, with ‘Sarv Samaj’ (all communities),” Mishra said on Saturday in Mathura.