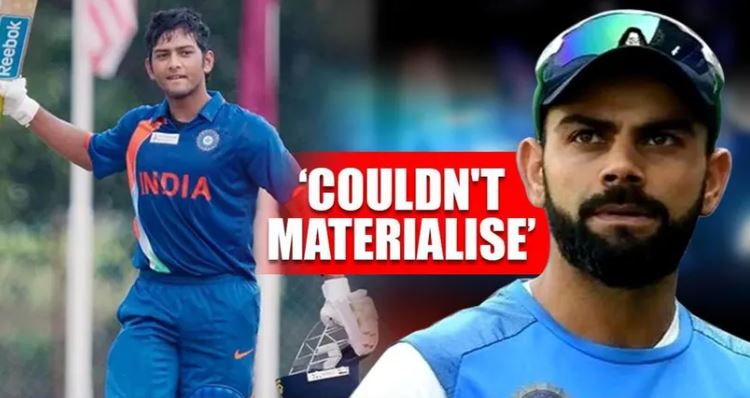 Unmukt Chand was regarded as the ‘Next Big Thing’ after he had led India to an U-19 World Cup title triumph in 2012. He had scored a stellar 111 in the final against Australia as India retained the title that Kohli & Co. had won during the previous edition in 2008. Even though it has been almost eight years since that emphatic win, Unmukt who is now 27 is yet to represent India at the highest level. Now, the youngster has revealed why he could not be successful as the current Indian skipper Virat Kohli.

I couldn’t materialise: Unmukt Chand
During an interaction with cricketer-turned-commentator/analyst Aakash Chopra on his Youtube channel, Chand went on to say he takes it in his stride and that he has many good experiences even though that could not materialise into getting an India game. He then mentioned that he will be able to sum it better the day he finishes his cricket.

The Delhi cricketer then added that the Indian cricket is about combinations and he remembers very clearly that when things were going well for him, Virender Sehwag and Gautam Gambhir used to open for India. Furthermore, he added that there was a time when there used to be a dearth of good openers and the reason why he could not make it to the national side during that period was because his form was under a slump.

Even though Unmukt Chand has not played for India, but he had represented three teams in IPL including the likes of Delhi Daredevils, Rajasthan Royals and Mumbai Indians. He was a part of the MI squad that had emerged triumphant in the 2015 edition.