Unmanned traffic management for drones in the pipeline 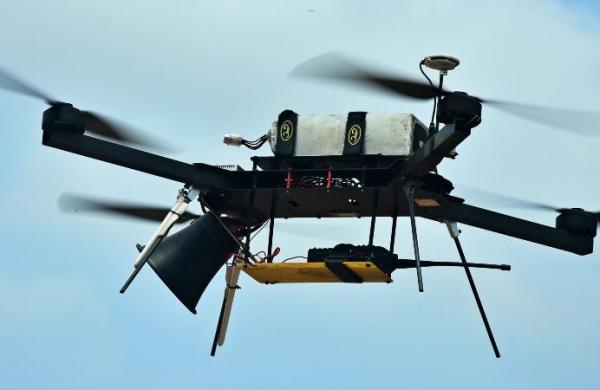 Express News Service
BENGALURU: As India eyes a $40-billion drone industry by 2030, the Union government is engaged in firming up rules to regularise use of drones, including setting up of an unmanned air traffic management that will collaborate with the conventional air traffic management to prevent mutual violation of air spaces and resulting chaos.Amber Dubey, Joint Secretary, Ministry of Civil Aviation, said at a seminar on drone opportunities in defence and homeland security that draft rules for drones and their management and use will be out by March 31.

“These are in the final stages of discussions with the ministry. The rules will be framed by March 31.” A high-powered committee has been constituted with representative also from the private sector to look into the draft rules and safe functioning of drones.

He said the drone industry was evolving so fast that there was now a need for an unmanned air traffic management to collaborate with air traffic controls to deal with safe use of drones without interfering with civil or defence flights. To a question on whether an altitude ceiling would be set for drones to be operational in a safer environment, Dubey said if use of drones was observed, these are mainly in agriculture, retail deliveries, policing, and photography in the civil sector, which are mainly closer to the ground level.

He said it is likely that a ceiling of 1,000 feet could be set for drones to operate within.Rajan Luthra, Chair – Federation of Indian Chambers of Commerce & Industry (FICCI) Committee on Drones, and head, special projects, Chairman’s Office, Reliance Industries Ltd, said the speed of growth of the drone industry was such that they were looking at a $40-billion market in India.

According to an estimate, at the present rate of growth of this industry there is potential to reach $900 million by the end of 2021, while the global market is about $22 billion. He said drones had emerged as a transformative technology, and “its impact compares with that of internet or GPS, adding that “as it is a sunrise sector, efforts need to be synergised by involving all the stakeholders…and drone startups need to be encouraged by the government.”