Unlike other political parties, BJP has ‘neta’ and ‘niyat’ to take it forward: JP Nadda 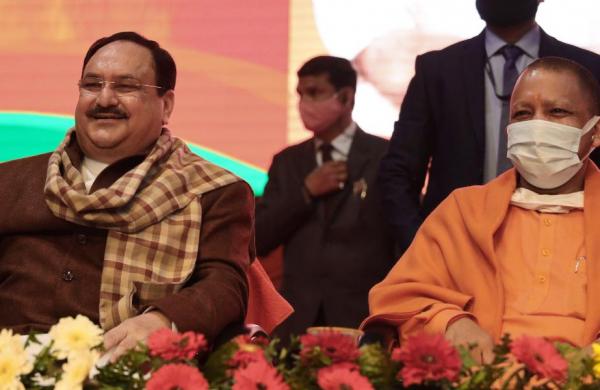 By PTI
LUCKNOW: BJP president JP Nadda here on Friday said his party has a leader and the intention to take it forward unlike other political outfits, which he accused of being dynastic.

He said “parivarvaad” (dynastic politics) can be found in all political parties except the BJP, in which an ordinary person can become a prime minister, defence minister or home minister. The BJP chief was speaking at the party’s “Booth President Conference” here.

He said ”parivarvaad” exists in all political parties, with the baton being passed on to the son by the father. “But it is in the BJP that an ordinary person can become a prime minister, defence minister or home minister,” he said.

Referring to the COVID-19 pandemic, Nadda said, “Even the US was fighting against it, but what happened? It could not decide between the options of ‘arth’ (economy) and ‘swasthya’ (health). As a result, it was a political issue, an electoral issue and there was an electoral loss. They had a better health system than us.”

“Spain and Italy had better health system than us, but all of this collapsed because the leadership did not take the decision at the appropriate time. Here, Modiji took the decision at the right time, imposed a lockdown with timely intervention and bold decision, and saved the country,” he added.

“India has the best recovery rate and lowest mortality rate. Today, our recovery rate is above 97 per cent and it is increasing every day. UP’s population is 24 crore and the population of the US is (nearly) 33 crore. There, the number of people who have died is four lakh. Every life is important. Here, it is 8,000. We have to understand this difference,” the BJP chief said.

Nadda said the image of India has changed due to the ‘swachhta abhiyan’ and the toilets constructed in various households are not merely toilets, they are “izzat ghar for women”. “The Ujjawla Yojana was not merely a scheme, it empowered the women,” he said, adding that UP bothered about every migrant labourer, which passed through the state during the nationwide lockdown.

He urged the party workers to link every farmer with the FPO (farmer producer organisation) and told them to implement social harmony in letter and spirit.

Speaking at the event, Adityanath said the BJP has set new standards for political parties. Dynastic politics, casteism, regionalism and linguistic divisions weaken democracy and challenge the unity and integrity of the country, Adityanath said.

Today, the world is looking towards India with hope, the chief minister said. Uttar Pradesh Deputy Chief Ministers Keshav Prasad Maurya and Dinesh Sharma were also present at the event.