Unity of opposition parties will take shape on its own, says Mamata Banerjee 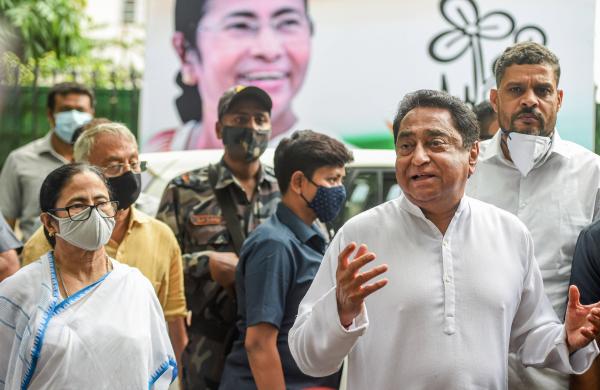 By PTI
NEW DELHI: Trinamool Congress leader and West Bengal Chief Minister Mamata Banerjee on Tuesday said the unity of opposition parties will take shape on its own.

Banerjee, who is in the national capital, met Prime Minister Narendra Modi and requested him to give her state more coronavirus vaccines based on its population.

Responding to a question on opposition unity against the ruling NDA, she said it will take shape on its own.

She said the prime minister should convene an all-party meet on the Pegasus snooping row and decide on a Supreme Court-led probe.

Banerjee would meet Congress president Sonia Gandhi on Thursday which she described as “chai pe charcha”.