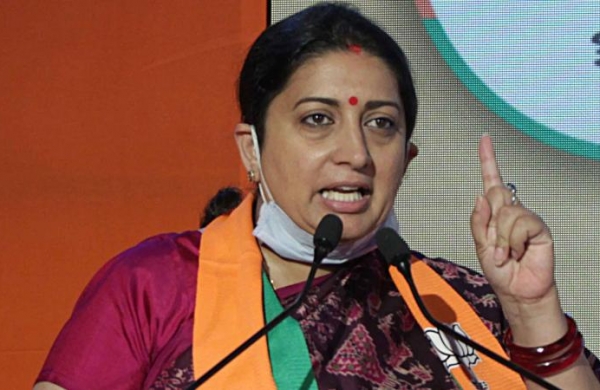 By PTI
AMETHI: Union Minister Smriti Irani launched a scathing attack on former Congress president Rahul Gandhi on Saturday, accusing him of “insulting” the people of Amethi by comparing voters in the north with those in Kerala.

The Amethi MP, who laid the foundation stone for a bus stand in Tiloi, said the people of the town gave Gandhi immense love for 15 years despite him “not doing anything for its development”.

Her remarks come after Gandhi at a public gathering in Kerala’s Thiruvananthapuram recently said, “For the first 15 years, I was an MP in the north, I had got used to a different type of politics. For me, coming to Kerala was very refreshing as suddenly I found that people are interested in issues, and not just superficially, but going into detail.”

Attacking the Gandhi family, Irani said a political family of the country ruled Amethi for 30 years but never thought about its development.

“Instead of developing Amethi and opening a medical college here, they continued to get their guest house constructed,” she claimed.

Talking about farmers, Irani said in 2013, when Gandhi’s party was in power only 800 farmers got the benefit of minimum support price in Amethi while in 2020, as many as 23,800 farmers benefitted from MSP here.

The Union minister said it is a matter of concern that there was not a single fertilizer rack centre in Amethi and claimed that the farmers had to face lathis for fertilizers.

She said after the BJP came to power in Uttar Pradesh, a fertilizer rack centre was formed in Gauriganj in Amethi and construction work for a bypass and over bridge started in the town.

Irani said the benefits of development schemes are reaching the common man directly, the Pradhan Mantri Kisan Sammann Nidhi has given financial strength to the farmers and people have benefitted directly from Ayushman Bharat Yojana, Ujjwala Yojana and Saubhagya Yojana.

Earlier in the day, she took part in a ground-breaking ceremony of the bus stand to be constructed in Tiloi.