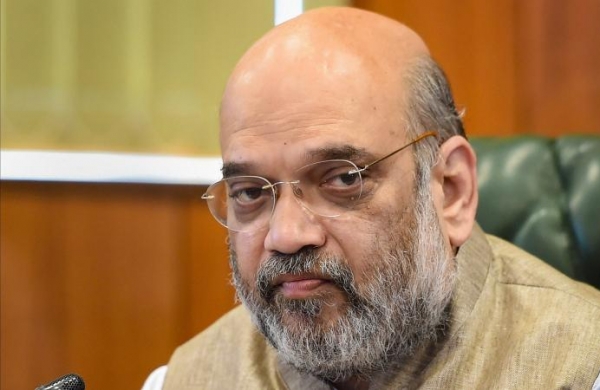 By PTI
LUCKNOW: Union Home Minister Amit Shah will travel to Uttar Pradesh on Sunday to launch projects. During his visit, Shah will lay the foundation stones of Uttar Pradesh Institute of Forensic Sciences (UPIFS) in Lucknow and the Vindhya Corridor at Mirzapur.

According to the official programme received on Saturday, he will arrive at Lucknow airport on Sunday by a special plane at 11:45 am and from there he will proceed via the state government’s helicopter to lay the foundation stone of UPIFS, Pipersand.

He will also address a function organised after laying the foundation stone of the institute in which intellectual people of the capital have been specially invited, it said.

According to a BJP spokesperson, Shah might go to Sanjay Gandhi Postgraduate Institute of Medical Sciences (SGPGI) to enquire about the health of former Uttar Pradesh chief minister and former Rajasthan Governor Kalyan Singh.

However, there is no mention of his visit to SGPGI in his moment-to-moment schedule. According to the programme, the Union home minister will leave for Mirzapur by a helicopter from Pipersand’s helipad to the Deori helipad site in Mirzapur.

Thereafter, he will leave for Vindhyavasini temple. After this, his programme till 4:37 pm has been reserved for laying the foundation stone of Maa Vindhyavasini Corridor project and other development schemes, including ropeway.

BJP MLA from Mirzapur Nagar area Ratnakar Mishra had said on Tuesday that Shah would lay the foundation stone of Vindhya Corridor on August 1 and after that he would also address a public meeting in the ground of Government Inter College in the city.