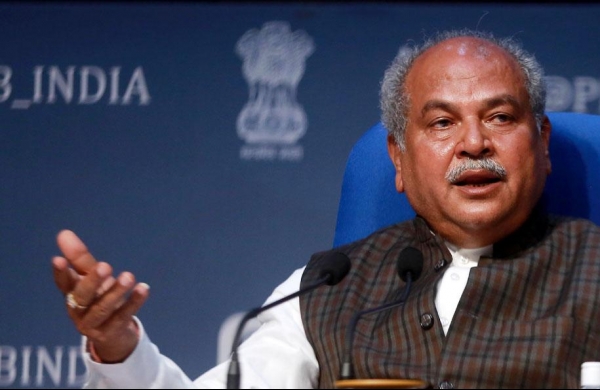 By Express News Service
NEW DELHI: As the opposition in Rajya Sabha called for withdrawal of farm laws, Union Agriculture Minister Narendra Singh Tomar on Friday said that the government’s willingness to make amendments in the three legislations doesn’t mean there are flaws in them.

He also took a dig at the Congress, accusing them of indulging in politics of ‘blood’ — the remark which was expunged later.

Inside the House, speaking during Motion of Thanks on the President’s address, Tomar said that farmers from one particular state are misinformed about the laws and the agitation is being led by unions from Punjab.

“Government’s offer to make amendments in the laws does not mean there are any shortcomings in them. Farmer unions and opposition parties have failed to point out a single flaw in three new farm laws,” he said in the Upper House.

Many opposition parties have appealed to the Centre to withdraw the three laws and not make it a prestige issue. They have also termed the laws as ‘kala kanoon’.

“We are not standing on prestige. We have been asking what is kaala in this law and no one is forthcoming. We have been talking with farmer unions for a long time,” Tomar said.

“They have our proposal and they are discussing it among themselves. We are expecting a reply from them soon, after which we will look into it and sit with them to find a solution.”