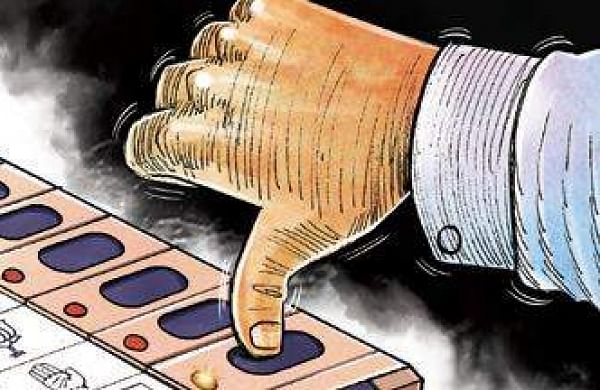 PANAJI: Goans are concerned over high unemployment rate, plight of farmers, degradation of environment and decline in tourism business, which is the backbone of this coastal state. Amid all these worries, the voters don’t seem to be excited about the Assembly polls.

Twenty-one-year-old Darren Khadekar, a resident of Sana Cruz, has been waiting for a decent job after completing Masters. “I applied at several places but received no reply. I am getting gig jobs from companies like Amazon, Swiggy and Zomato. The problem with these jobs is that they don’t pay much and also requires you to have a motorcycle. I lost my father and we are three siblings. My mother is struggling to run the house.”

The youth said the Revolutionary Goan Party (RGP) is “fighting for the sons of the soil”. The RGP is attracting a lot of youth. It is like Shiv Sena. I have a lot of hope for this party (RGP),” he added.  The private think-tank Centre for Monitoring Indian Economy (CMIE) recently released a report, according to which the 22.1% unemployment rate in Goa is the second-highest after Haryana (28.1%).

Darren’s mother, Anna Gracious, who calls herself a social activist, is not only worried about her three children’s future but also about degradation of Goa’s environment.  “Goa is such a beautiful state, but see what the incumbent BJP government has done. It’s converting the tree-dense land into a concrete jungle. I am not sure where this will lead us to,” Gracious said.

She also pointed out the decline in tourist footfalls. “Due to rising rape and assault cases, foreign tourists are not much flocking here. We are confused about whom to vote. Even if we vote for a secular party, at the end, the BJP is going to grab power,” she rued.

Teodoro Gonslavas, a farmer near Panaji, said the government has good schemes but the problem lies in their implementation. Pointing out at the scheme that provides tractor for tilling to farmers, he said the government tractors never come on time. “If we decide to hire from private parties, they charge almost triple.”

Arvind Bhatkar, a resident of Calangute, wondered who is going to solve the issues.  “Whenever election approaches, people start raising various problems. Once the election is over, people stop talking about them. BJP government was doing a good job but at local level, we support the Congress candidate because he is a good man. Bhatkar said government should ensure their schemes reached people.