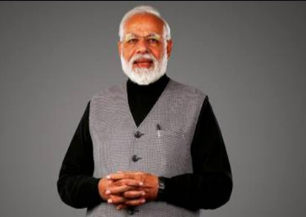 In his message to commemorate the 75th anniversary of the signing of the United Nations Charter and the adoption of a Commemorative Declaration, Prime Minister Narendra Modi praised the UN but said the institution faced a “crisis of confidence.”

The Prime Minister, introduced by India’s U.N Ambassador T.S. Tirumurti, delivered his address on Monday via a recorded video — a format the UN has adopted, due to the pandemic, so it can avoid the customary gathering of world leaders in New York for its annual General Assembly debate. Mr Modi said the commemorative declaration acknowledged that work needed to be done in conflict prevention, climate change, development and leveraging digital technology.

The Prime Minister also said the “world was a better place” because of the U.N. He recognized those who had worked for peace under the U.N flag including U.N peacekeepers and noted India’s contribution to peacekeeping. Yet, the U.N.’s original mission remained incomplete, he said.