UN watchdog reprimanded Pakistan, says you are not fit to live in UNHRC 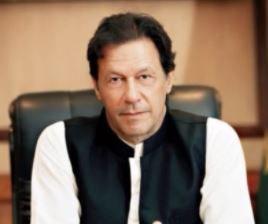 A statement by Pakistan Prime Minister Imran Khan about the France cartoon violence case is now troubling him worldwide. Explain that Pakistan PM Imran Khan had targeted France and said that blasphemy cannot be tolerated in the name of freedom of expression. His statement was tweeted from the official Twitter account of the Government of Pakistan. After this, the United Nations-backed UN Watch has reprimanded it while retweeting it. Please tell that UNHRC has written about Imran Khan that your presence in the United Nations Human Rights Organization (UNHRC) is out of tolerance.

Let me tell you that even before this, Pakistan has been continuously facing serious allegations of human rights violations. Despite this, Pakistan has been made a member of the United Nations Human Rights Organization along with China and Russia this year. Even at that time, UN Watch had issued a statement objecting to becoming a member of Pakistan.

The UNHRC is a UN-backed NGO. Which is run by the American Javis Committee (American Jewish Committee). It is a recognized NGO with special advisory status to the Economic and Social Council of the United Nations. The UN Watch has been active in combating human rights abuses in the Democratic Republic of Congo and Darfur.