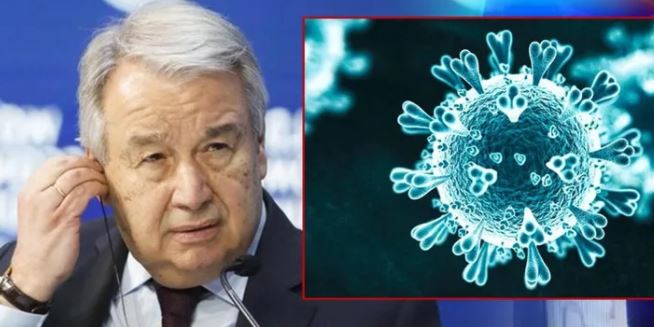 With coronavirus pandemic precipitating one of the world’s worst humanitarian crisis, the UN Secretary-General António Guterres on November 24 urged global leaders to seize the opportunity to make “real, functional and necessary changes”. While speaking at the event ‘Rebirthing the Global Economy to Deliver Sustainable Development for all’, Guterres called for “global solidarity and coordination”. He also painted a grim picture of the havoc sparked by the unprecedented pandemic, which has already killed over one million, pushed nearly 100 million into extreme poverty and has also led to growing inequalities as hunger doubles and famine looms.

Guterres also acknowledged that the first line of business should be ending the pandemic. While noting his push for a rescue package equivalent to 10 per cent of the global economy he also called for richest nations to help developing countries. He said that vaccines, tests and treatments must be global public goods, available and affordable for all. He continued that, however, the world still has “a gap” in the COVAX facility, a gap of $28 billion and until the end of the year, a gap of $4.2 billion in order to make the new vaccine a global public good, a people’s vaccine able to be affordable and available to all.

Further, the UN chief stressed the importance of financing to “build forward and put economies on a sustainable path”. He also maintained the value of enhancing debt transparency and sustainability on a global level and aligning recovery efforts with the 2030 Agenda for Sustainable Development ad the Paris Agreement on climate change.