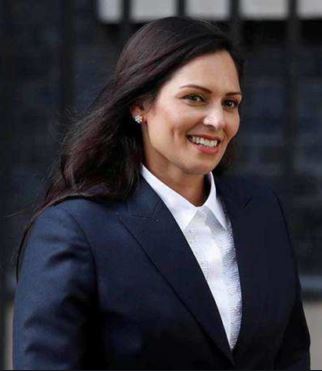 As per media reports, the Britsih interior minister is likely to not get sacked by Johnson and the findings of the assessment will be published soon.  According to several Britsih media outlets, Patel was found to have not only failed to meet the requirement of treating the civil standards with respect and considerations but there are instances of bullying. While senior Conservatives are backing Patel, its main opposition, the Labour accused Johnson of attempting to “cover-up” after it emerged that the fact-finding report on Patel will be kept away from the public.

Meanwhile, as per the Associated Press Sir Alex Allen has concluded that home secretary has “not always met the high standards of the code in treating civil servants with respect” and that “instances would meet the definition of bullying”. The UK PM’s ministerial standards adviser was also quoted by the newspaper saying that “to that extent behaviour has been in breach of the ministerial code even if unintentional.” Even though British ministers have to resign after breaching code of conduct, Johnson will reportedly ask Patel to apologise and stress on ‘unintentional’ part.