Uddhav had asked me to reinstate Waze when I was CM, says BJP leader Devendra Fadnavis 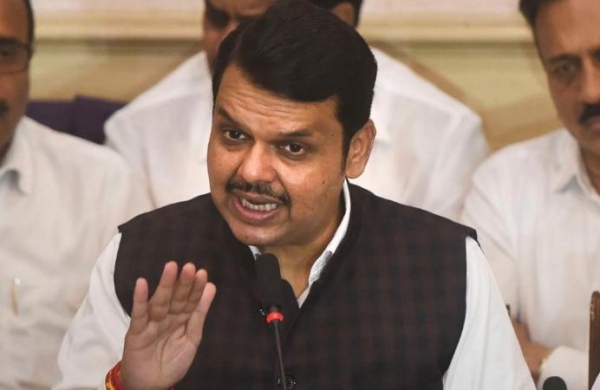 By PTI
MUMBAI: BJP leader Devendra Fadnavis on Wednesday claimed that when he was Maharashtra chief minister, Shiv Sena president Uddhav Thackeray had called him in 2018 to seek reinstatement of the then suspended police officer Sachin Waze into the state police force.

He also accused the Shiv Sena of pressuring him over this demand at that time.

Mumbai police officer Waze is at the focus of a probe by the National Investigation Agency (NIA) into the case related to the recovery of an SUV with explosives near industrialist Mukesh Ambani’s house in south Mumbai on February 25.

Waze, arrested in the case on March 13 for his alleged role in the crime, was attached to the Crime Intelligence Unit (CIU) of city police’s crime branch till recently.

Speaking to reporters in New Delhi, Fadnavis said, “I was Maharashtra chief minister in 2018 and also helmed the home department. Shiv Sena chief Uddhav Thackeray had called me to reinstate the then suspended police officer Sachin Waze back into the police force. Some Shiv Sena ministers later met me with the same request.”

“When I received the proposal to reinstate Waze back into police force, I verbally sought advocate general’s opinion about it. I was told that Waze was suspended after the Bombay High Court’s order. Therefore, I decided not to reinstate him,” Fadnavis said.

The Leader of Opposition in the state Legislative Assembly also alleged that the Shiv Sena even tried to pressurise him over it.

However, after the 2019 Assembly polls, the Sena parted ways with the BJP over sharing the chief minister’s post and joined hands with the NCP and the Congress.

Credited with eliminating 63 alleged criminals in ‘encounters’, Waze, a 1990-batch officer of the state cadre, was suspended in 2004 over his role in the custodial death of a 2002 Ghatkopar blast suspect Khwaja Yunus and was reinstated last year.