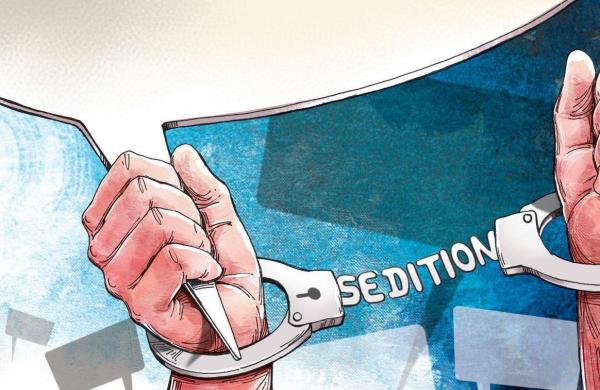 By PTI
NEW DELHI: Four former Supreme Court judges Saturday batted for repeal of penal provision on sedition and stringent Unlawful Activities (Prevention) Act (UAPA) saying these are usually misused to stifle dissent and quell the voices which ask questions from the government.

Referring to the death of 84-year-old Father Stan Swamy, booked under UAPA, in jail, one of the judges Aftab Alam said, “I submit, UAPA has failed us on both counts: National security and Constitutional Freedoms.”

Justice Alam, and fellow former judges Deepak Gupta, Madan B Lokur, and Gopal Gowda spoke at a public discussion on a topic “Democracy, dissent and draconian law – should UAPA and sedition law should have a place in the statute books?” While Justice Alam said the process of trial becomes a punishment for many in such cases, Justice Lokur was of the view that there should be a system of compensation for those who are wrongfully implicated and later acquitted.

Echoing the same view, Justice Gupta expressed that these draconian laws have no place in a democracy.

Notably, Justice Gowda was of the opinion that the legislations have now become a weapon against dissent and that they need to be abrogated.

“One of the criticisms of the UAPA is that it has a very low rate of conviction but a high rate of pendency. It is the process that becomes the punishment,” said Justice Alam.

Quoting the National Crime Records Bureau (NCRB) data, he said that 2,361 UAPA cases were pending in trial in 2019 out of which 113 were disposed of with conviction in 33 cases, acquittal in 64, and discharge in 16 which brings the rate of conviction to 29.2 percent.

“If compared against the number of cases registered or people arrested, the rate of conviction comes down to 2 percent, and the pendency rate increases to 98 percent,” the former apex court judge rued.

He said that the UAPA has failed the country on two counts – national security and constitutional freedom and must be repealed.

Concurring with Justice Alam, Justice Gupta elaborated on the misuse of the sedition law and UAPA and said that it has been made harsher and harsher over time and should be shown the door as soon as possible.

“In a democracy, dissent is essential and draconian laws have no place. In the last few years, laws have been misused to stifle dissent and quell the voices which ask questions from the government,” he said.

Alluding to the death of UAPA accused Stan Swamy and arrest of a man in Manipur under the National Security Act (NSA) for saying that cow dung is not a cure for COVID-19, he asked if “India has become a police state”.

Meanwhile, even though Justice Lokur agreed that there is a need to repeal the draconian laws, he said that not only will they “never go anywhere, but National Security Act (NSA) will also be made to be very active to quell dissent”.

He suggested that the only remedy is accountability and compensation for those who are acquitted after long periods of incarceration.

Further, Justice Gowda noted that massive reforms are necessary in special security legislations as they “reek of an authoritarian impulse which is dangerous in a constitutional democracy”.

“Legal reforms are imperative. Provisions in these special laws that accord impunity to State excesses need to be repealed. Stringent guidelines need to be laid down for the exercise of these powers,” he said.

Senior advocate Prashant Bhushan, who also spoke at the webinar, said that UAPA and sedition are being used to stifle dissent and crush the freedom of speech and that the time has come to see whether they are in tune with the Constitution.

The discussion was organised by the Campaign for Judicial Accountability and Reforms (CJAR) and Human Rights Defenders Alert (HRDA).