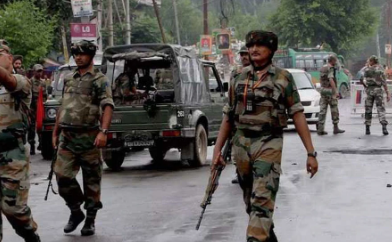 A police officer said that after receiving information about the presence of terrorists, security forces laid a siege at Melahura in the Jainapora area of ​​Shopian on Monday evening and began a search operation.

He said that the search operation turned into an encounter after the militants opened fire on the security forces. An army official said that one terrorist was killed in the initial shootout between the two sides last evening, while another terrorist was killed on Tuesday morning. He said that the weapons and ammunition recovered from the encounter site included an AK rifle and a pistol.