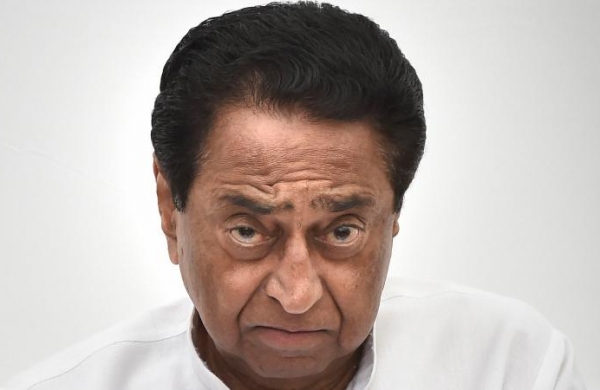 By Express News Service
BHOPAL:  Investigations into the double murder of a cousin and sister-in-law of former Madhya Pradesh chief minister Kamal Nath in Greater Noida have led the Uttar Pradesh police to Gwalior city of the central Indian state. A UP police team conducted raids in Govardhan Colony and Sainik Colony areas in Gole Ka Mandir police station area of Gwalior on Saturday. A t least two persons, both related to key suspects in the high-profile double murder, were picked up by the UP police for questioning, said police sources in Gwalior.

While one of those picked up by the police is aged around 50 years, the other person is a youth. While the middle-aged man is the father of the prime suspect, the youth is said to be related to another suspect. O n Friday, Narendra Nath (70) and Suman Nath (65) were found dead in the basement of an apartment building in Alpha II Sector in Greater Noida. Multiple police teams have been constituted by UP police to probe the killings.

The police recovered unfinished liquor bottles and food in the basement. Almirahs were forced open and household items were found littered in the room. Surendra’s legs were found tied with tapes. It suggests that he was first overpowered. The deceased was a businessman and was also involved in money-lending. S he also talked to her son-in-law and told him that they were having guests and a booze party was on at the cellar. The police have found a recording of the call from her mobile.

Liquor bottles, food at scene The police recovered unfinished liquor bottles and food in the basement. Almirahs were forced open. Surendra’s legs were found tied. It suggests that he was first overpowered and strangulated. The deceased was a businessman