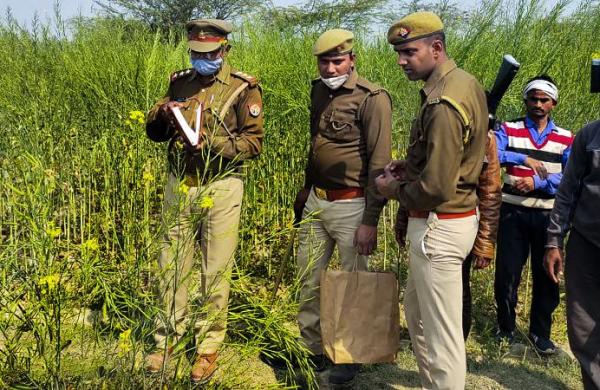 Express News Service
UNNAO/LUCKNOW: Three teenage girls were found unconscious with their hands tied in their own farm in the Unnao district of Uttar Pradesh late on Wednesday night, police said.

Two of the girls aged 13 and 15 died on reaching the hospital and the third girl aged 17 is hospitalised in a critical condition in a Kanpur hospital.

According to Superintendent of Police, Unnao, Anand Kulkarni, the three girls reportedly went to their field to fetch fodder for the animals. Kulkarni further added that the eyewitnesses found the girls with frothing around their mouths suspected to be poisoned. As per the doctors’ examination, it could be a case of poisoning, he said.

“We are investigating the incident. Prima facie, no injury marks were found on the bodies of the victims. Six probe teams have been set up. We will know more once the autopsy results come,” said the SP.

The police officer informed the media persons that the two girls, who were of the same family, and their friend left their house to collect fodder from the family fields at 3 pm. Their families got worried and launched a search along with the villagers when there was no sign of their return till late at night.

Senior police officials, including inspector general of police, Lucknow, Laxmi Singh, rushed to the spot along with forensic experts and sniffer dogs. The girls were found in an unconscious state in the corner of a field tied with a dupatta. On finding them in that condition, their family members rushed them to the nearest community health centre. The doctors declared two of them dead on arrival. The third victim was first taken to the Unnao district hospital, from where she was shifted to Kanpur.