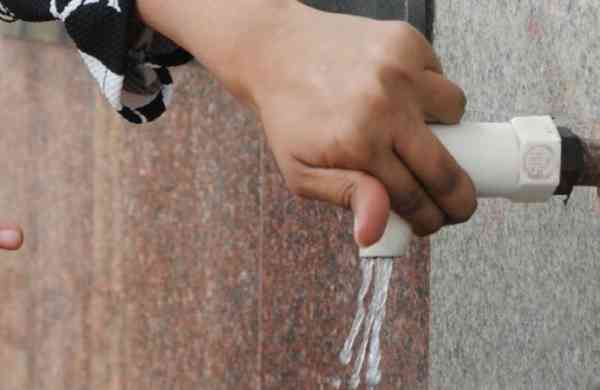 By PTI
JHARGRAM: Two BJP MPs were gheraoed in West Bengal’s Jhargram district on Monday as local women blocked a highway, demanding that the party fulfil its Lok Sabha poll promise of providing piped water connections to the households in the area.

Purulia’s BJP MP Jyotirmoy Singh Mahato, who was crossing the area, got stuck due to the blockade.

Stepping out of his vehicle, Mahato told the protesters, “I am with your demands. There is no water, no electricity. Who is responsible for this?” However, the women did not budge and one of them told the lawmaker, “Kunar Hembram promised to provide water to our houses. Why not yet? Why is there no water in our houses?” As the protests intensified, the MP’s security somehow managed to whisk him away from the spot.

As Hembram, the Jhargram MP, later arrived at the spot, the protesting women gheraoed him, raising slogans.

He told the protesters that his MP LAD fund was completely exhausted at the moment and he would resolve their issue after the assembly elections.

Unhappy with the MP’s assurance, the gherao continued for around 40 minutes, though Hembram claimed that nothing as such has happened.

Police and security personnel managed to take him out of the gherao somehow.

Later, Hembram told reporters that he went to the spot to discuss the matter with the women and there were no protests against him.

The protests continued till late in the evening with a substantial police presence in the area.

The protesters were demanding that senior government officials meet them.