Two bills passed without debate as chaos continues in Parliament 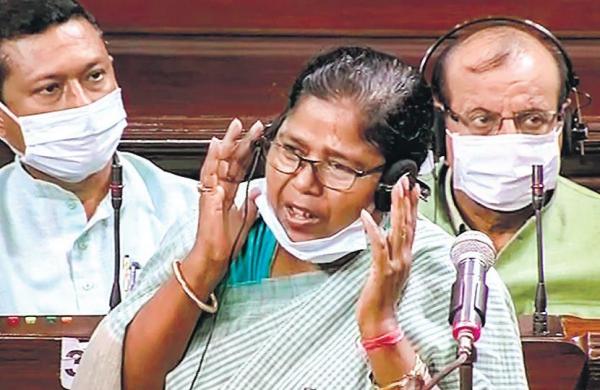 By Express News Service
NEW DELHI:  Ruckus ruled in both Houses of Parliament on Wednesday, amid a breakdown of communication between the government and the Opposition. The Pegasus snooping issue is threatening to wash out the monsoon session. Sensing the Opposition’s strategy, the government pushed ahead with legislative business, while both House witnessed relentless sloganeering, tearing and throwing of papers.

The Lok Sabha saw the Question Hour taken upon amid the din and the passing of the IBC (Amendment) Bill and the supplementary demands, making clear that the treasury benches will seek the nod to legislative proposals to replace the ordinances issued recently.

It was no different in Rajya Sabha, with the Opposition demanding discussion on Pegasus and the Centre going ahead with legislative business amidst the din. The House passed the Juvenile Justice (Care and Protection of Children) Amendment Bill, 2021 without discussion.

Opposition MPs pushed for adjournment notices given by them to take up the discussion and trooped into the well of the House with posters and resorted to sloganeering. While the Zero Hour could not be taken up, the Deputy Chairman managed to take all questions listed for the Question Hour .

The Opposition held a joint strategy meeting featuring 14 parties to discuss a strategy to corner the government. “The Pegasus row for us is an issue of nationalism, treason. This is not a matter of privacy. It is anti-national work. We are not disturbing Parliament, we are only fulfilling our responsibility. Narendra Modi, Amit Shah have hit the soul of India’s democracy by using Pegasus against India, its institutions,” said Congress leader Rahul Gandhi, flanked by others.

BJP MPs demand OBC quota in NEETWith an eye on next year’s Uttar Pradesh Assembly elections, a delegation of BJP MPs called on Prime Minister Narendra Modi with the demand to include OBC reservation in NEET (National Eligibility Entrance Test). They argued there’s no provision for OBC quota in the all India entrance test for medical education and other courses.