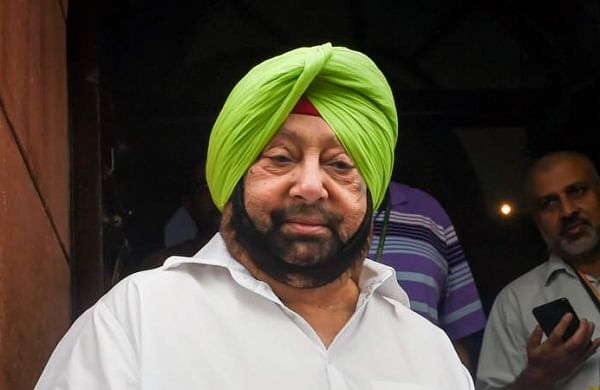 CHANDIGARH: On the eve of the counting of votes, former Punjab chief minister Amarinder Singh on Wednesday exuded confidence that the people of Punjab will deliver a positive verdict in favour of his party’s alliance with the BJP and SAD (Sanyukt).

Counting of votes for 117 assembly constituencies of Punjab will be held on Thursday.

A total of 1,304 candidates, including 93 women and two transgenders, are in the fray.

After quitting the Congress following his unceremonious exit as the chief minister last year, Singh had launched his own political party — Punjab Lok Congress – and stitched an alliance with the BJP and the Sukhdev Singh Dhindsa-led SAD (Sanyukt).

“The counting of votes marks the conclusion of the electoral festival of democracy and we are confident of outstanding results,” Singh said in a statement.

“We trust people’s judgment to deliver a positive verdict in our favour and provide us with a chance to serve them for next five years,” he said, adding that the feedback from candidates and workers was very positive and encouraging.

The former chief minister said people of Punjab understand the importance of a double-engine government that will watch and safeguard the national interest and help in reviving Punjab’s economy.

“Promising days are ahead for Punjab,” added Singh.

The term “double engine” is used by BJP leaders to refer to the party being in power at the Centre as well as in a state.