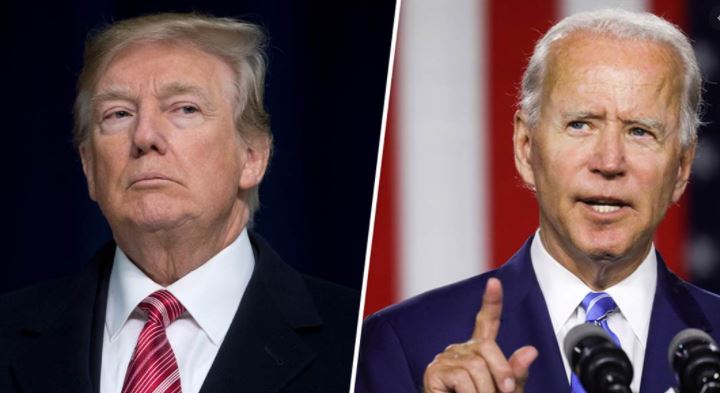 A week after the US election 2020, President Donald Trump and President-elect Joe Biden attended separate ceremonies marking Veterans Day on November 11. A day that should have been a moment of national unity was ruined by the Republican leader’s refusal to acknowledge Biden as the winner of the election. On Wednesday, while Trump visited Arlington National Cemetery for a wreath-laying ceremony, Biden appeared at the Korean War Memorial in Philadelphia for his won solemn wreath-laying ceremony.

Trump made his first public appearance in six days when he visited Arlington National Cemetery alongside first lady Melania Trump and Vice President Mike Pence. However, he did not speak or respond to any questions by the reporters. Trump has been attempting to amplify his stance even while his inner circle is left divided over his refusal to concede and accept the results of the presidential elections.

Trump has resorted to social media and he has been firing inflammatory and baseless claims on Twitter, which have already been flagged by the micro-blogging website as misinformation. He has also been hitting his golf course. Over the weekend, the Republican leader resumed his golf outings, which had been on hold since September 27. He was spotted on the links at Trump National Gold Club in Sterling, Virginia on Saturday, and again on Sunday.

Since his projected win, the 46th President-elect Joe Biden, on the other hand, has been addressing the nation, setting up the coronavirus task force, speaking with world leaders including Trump allies and has also begun vetting potential cabinet members and delivering policy speeches. Biden has shrugged off Trump’s fierce refusal to accept the election outcome as “inconsequential” and vowed, “to get right to work”. He is preparing to confront duelling national crises that actively threaten the health, safety and economic security of millions of Americans irrespective of the political debate.

The former vice president is betting that his low-key approach and bipartisan outreach — a sharp reversal from the current president’s style — will help him govern effectively on Day One. However, days before he will be inaugurated, Trump and his allies seemed determined to make his transition as difficult as possible. Republicans are increasingly eyeing a December deadline to publicly accept the election result, giving the President time and space to exhaust his legal challenges.