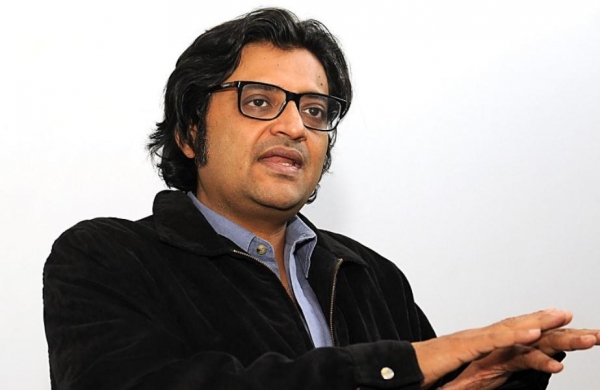 By PTI
NASHIK: The Maharashtra government is gathering information about the leaked social media chats between Arnab Goswami and BARC ex-CEO Partho Dasgupta in which highly sensitive things like Balakot airstrike and Pulwama attack were mentioned, Home Minister Anil Deshmukh has said, adding the issue will be discussed by the Cabinet on Tuesday.

The purported chats widely reported in media mentioned that Goswami, the editor-in-chief of Republic TV, was privy to the Balakot air strikes.

Speaking to reporters here on Monday night, Deshmukh said how Goswami came to know about such sensitive information is a big question.

“We are gathering information about the leaked chats between Arnab Goswami and Partho Dasgupta. Some highly sensitive things including the Balakot airstrike and the Pulwama attack have been mentioned in the chats. How Arnab came to know about such sensitive information is a big question,” Deshmukh said.

He said the state Cabinet is scheduled to meet on Tuesday in Mumbai.

“After the meeting, a decision about this issue will be taken,” Deshmukh said.

Earlier in the day, the Sharad Pawar-led Nationalist Congress Party (NCP) asked the government to set up a Joint Parliamentary Committee to probe the purported chats between Goswami and Dasgupta.

Dasgupta, who was arrested in the fake Television Rating Point (TRP) case, is now in the ICU of state-run JJ hospital in central Mumbai.

A diabetic, he was rushed to the hospital from the Taloja Central Prison in Navi Mumbai on Saturday after his blood sugar levels went up on Friday midnight.

The Mumbai police had earlier told the court that Goswami had allegedly bribed Dasgupta with lakhs of rupees to ramp up Republic TV’s viewership.

Meanwhile, the home minister attended a review meeting of the police department organised at the Maharashtra Police Academy (MPA) here.

On the occasion, Deshmukh lauded the facilities available at the MPA and expressed satisfaction about the low crime rate in Nashik.

Deshmukh hailed the successful initiative of Pratap Dighavkar, Special IG, Nashik Range, to give back the money of farmers duped by unscrupulous traders.

“We will try to implement this measure at the state level,” the home minister said.