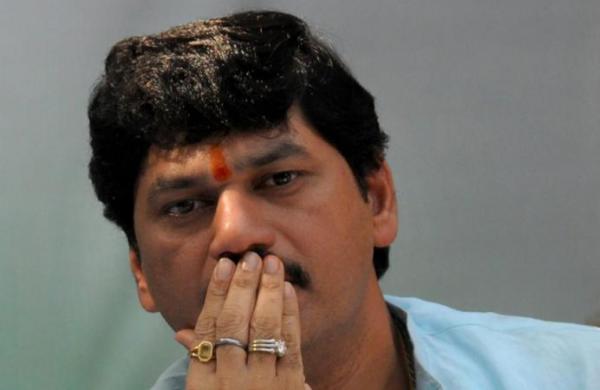 By PTI
MUMBAI: A woman who had been in a relationship with Maharashtra Minister Dhananjay Munde has submitted a police complaint, alleging he has kept their two children in his bungalow in Mumbai since the last three months and was not allowing her to meet or speak to them.

In a statement, Munde on Wednesday said there is no substance in the allegations levelled against him by the woman, with whom he has two children, and claimed the charges were aimed at defaming him.

The woman wrote a purported Facebook post about the issue on her birthday, which was on Tuesday, and has threatened to go on a hunger strike from February 20 if the police did not intervene in the matter.

In the post, the woman has claimed the senior NCP leader (45) has kept their children hidden for three months in his official bungalow in south Mumbai.

“He is not even allowing me to meet or talk to them. Even Ravana would not have done this much torture,” she said.

In the written complaint, submitted to the Mumbai Police Commissioner’s office, the woman has claimed her 14- year-old daughter is not safe.

There is no substance in the allegations made with the only aim of defaming (me), Munde said in the statement.

The social justice minister had last month said that he was in a mutual consensual relationship with the woman since 2003 and the same was known to his family, wife and friends.

Munde had said he has two children — a son and daughter — from his mutual consensual relationship with the woman.

The NCP leader had said he approached the Bombay High Court against the woman after she allegedly published on social media too personal content relating to him to defame him.

The minister had said the high court has passed order preventing publication of such content.

Late last month, Munde and the woman informed the HC that they have decided to settle their disputes before a mediator.

He said two mediation meetings have already been held.

The next mediation meeting is to be held on February 13 and decision is expected then on disputes relating to the children and other issues,Munde said.

The complaint (made by the woman) about custody of children at a time when the mediation process is still on creates doubts about the motive.

Basically, to publicly make the demand which is being discussed in the mediation shows the opposition party has no interest in the judicial process and the motive is to defame one through media trial, the NCP leader added.

Last month, the woman’s sister had accused the minister of rape, but later withdrew her police complaint.

Munde had dismissed the rape charge as “false” and one aimed at “blackmailing” him.