Trolled over a photo, Shashi Tharoor hits back at trolls, calls them ‘organised brigade of Bhakts’ 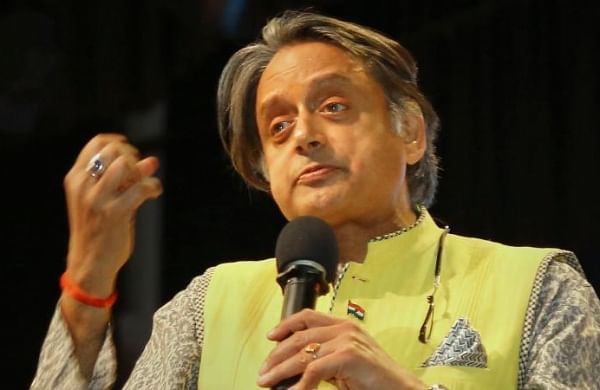 NEW DELHI: Congress leader Shashi Tharoor hit back at trolls on Tuesday for mocking a picture at a wedding in which he figured, saying he is used to being trolled by an “organised brigade of Bhakts” but dragging non-political people into “your malice is not cool”.

Several people on Twitter shared a picture of Tharoor at the wedding, taking jibes at him over his picture with the young couple on their marriage day.

“I am used to being trolled by an organised brigade of Bhakts & I can take it, knowing it comes w/the territory. But dragging non-political people into your malice is not cool, and insulting a young couple on their wedding day to take cheap shots at their guest is disgraceful,” he said.

Later, responding to a Twitter user, who asked him what he means by “bhakts”, Tharoor said, “Bhakti towards the divine is to be respected.

Bhakti towards a political leader or cause, especially in the name of religion, is deplorable.

“‘Bhakts’ in the latter sense refers to the devotees of the Sangh Parivar & Moditva,” he said.

Tharoor has been trolled recently over various posts of his, from a photo with six women parliamentarians to wrongly describing sarod maestro Ustad Amjad Ali Khan as a sitar player.