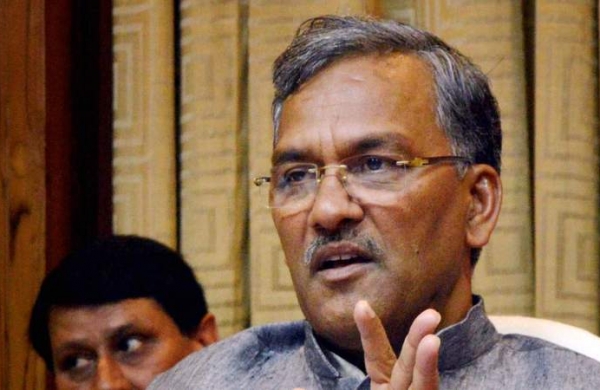 Express News Service
DEHRADUN: Trivendra Singh Rawat, who recently evicted office of Uttarakhand Chief Minister, ranks first in fulfilling his promised announcements among nine CMs of the state since its in the year 2000, revealed an RTI reply.

Rawat managed to fulfill 68% of promises he had made through various announcements. He made total 2424 announcements out of which 1647 were completed in his almost 4-year tenure as the CM of the state.

Pramod Kumar ‘Goldie’, a resident of Haldwani, Nainital district who filed the query and got the reply earlier this month.

Following Trivendra Singh, former Chief Minister Harish Rawat ranks second in the list by fulfilling 58% of the announcements he had made as the CM.

Out of a total of 3808 announcements, Harish Rawat’s government had fulfilled 2208.

Former CM Bhuwan Chandra Khanduri was ranked third with 52% fulfullment rate followed by Vijay Bahuguna (51%), Ramesh Pokhriyal ‘Nishank’ (40%) and ND Tiwari who ranks last with 35% of his announcements fulfilled by the government led by him.

The state did not keep record of number of announcements by the first two Chief Ministers of Uttarakhand- Nityanand Swami and Bhagat Singh Koshyari.

Trivendra Singh Rawat resigned just 9 days before completing 4 years on March 9, 2021 and evicted office for Tirath Singh Rawat to take oath as the CM of the state.

Anoop Nautiyal, Dehradun based analyst commenting on the issue says, “It is really ironical how the CM who fulfilled most of the announcements made was removed. It reflects that interpersonal skills also count a lot along with being a task master.”

Sources from the party say that the party did not want to go into 2022 elections with Rawat as face given his tussle with atleast 22 party MLAs.

Factors contributing to removal of Rawat are said to be his lack of leadership qualities, too much centralisation of power, his lose grip over bureaucracy and various others with the immediate being the lathi charge in Gairsain while the budget session was on earlier this month