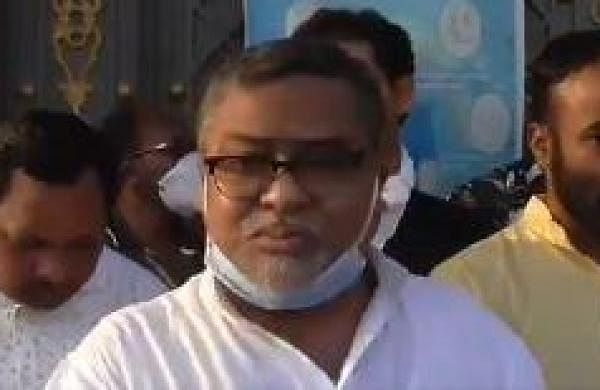 GUWAHATI: A day after the Supreme Court had directed the Tripura government to make sure political parties are not prevented from conducting programmes in a peaceful manner, the Trinamool Congress on Friday alleged four of its candidates of municipal elections and some of their supporters were “physically manhandled” during the campaign by BJP “goons”.

TMC state leader Subal Bhowmik said the party would bring the incidents to the Supreme Court’s notice after filing a complaint with the police.

“The BJP-orchestrated attacks on the members of opposition parties in Tripura have not ceased. Even after the Supreme Court’s order, four of our candidates and their supporters were physically manhandled by BJP goons. Some of the attacks were carried out when we were conducting a door-to-door campaign,” Bhowmik alleged.

He said the candidates targeted were Panna Deb, Aparna Biswas, Poushali Dey and Padmini Bhattacharya. “Eleven MLAs have been targeted so far under BJP rule. No opposition party can work in Tripura. Our workers and supporters are facing attacks every day during the poll campaigns. There is no democracy,” the TMC leader said.

The November 25 municipal elections will be an acid test for the TMC as well as the Left parties, particularly CPI-M.

The TMC has set its sights on Tripura buoyed by its success in the West Bengal elections. The party, which is trying to grow at the expense of the Congress, is contesting 120 of the 334 seats in 20 urban local bodies (ULBs).

“Despite the attacks by the BJP, we are focussed on the upcoming polls. We are confident of wresting power in the Agartala Municipal Corporation (AMC),” Bhowmik said.

The BJP has already won 112 seats uncontested and Bhowmik said the TMC candidates could not file their nominations in these seats as the BJP goons, allegedly armed with machetes, sticks etc, had virtually laid siege to the office of returning officers.

The CPI-M echoed the TMC by alleging that the BJP had “hijacked” seven ULBs (they have 120 seats).

“The BJP and its ally IPFT (Indigenous People’s Front of Tripura) are fast losing ground. Tripura has never seen such an anti-people and anti-development government. They have surpassed all previous records and as a result, got cut off from the public,” CPI-M leader Jitendra Chowdhury told this newspaper.

He said the people were viewing the polls as a struggle to restore democracy in the state.

“They (BJP) don’t have the courage to face people in the elections. Terrorism is their only resort. They had hijacked seven ULBs. Thursday’s order of the Supreme Court proved they are unleashing fascist-type attacks in Tripura,” Chowdhury said.

The CPI-M, which ruled Tripura for 25 years on the trot from 1993-2018, is contesting 206 seats. The polls will decide the fate of the remaining 785 candidates contesting from 222 seats. The votes will be counted on November 28.