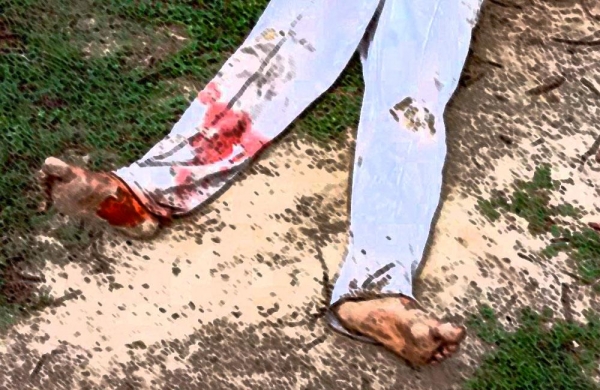 By PTI
JALPAIGURI: A worker of the ruling Trinamool Congress was hacked to death in West Bengal’s Jalpaiguri district, the police said on Monday.

Four persons were arrested in connection with the killing of Ranjit Adhikari.

The TMC accused the BJP of being involved in the incident, while the saffron party claimed that it was the result of the infighting in the ruling party.

The murder occurred months before the assembly election in the state.

Police said that Adhikari was attacked at Saptibari area of Maynaguri block when he was returning home from a party programme on Sunday night.

Adhikari was taken to a hospital where he succumbed to his injuries.

Sibsankar Majumdar, a local TMC leader, alleged that the BJP is behind the killing of Adhikari.

Denying the charge, the saffron party’s Jalpaiguri district vice-president Dipen Pramanik claimed that the murder is the fallout of the infighting in the TMC.

Jalpaiguri SP Pradip Kumar Yadav said that the police have launched an investigation and four persons were arrested on the basis of a complaint lodged by the victim’s family.

Adhikari’s body was handed over to the family after postmortem examination.

It was cremated after TMC leaders paid their last respect to the party worker.