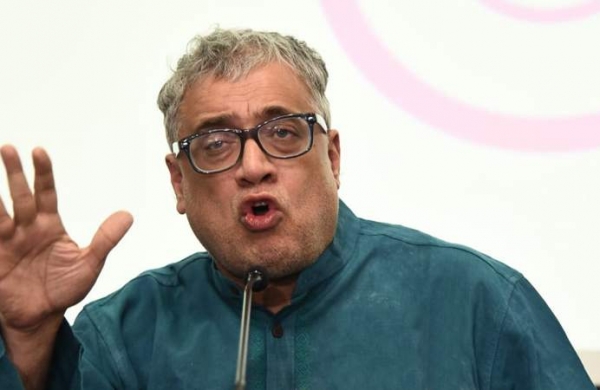 By PTI
NEW DELHI: The TMC on Sunday lashed out at the BJP over its assertion that it has allocated the highest-ever funds for railway works in West Bengal, and claimed the state has been deprived of funds for years and multiple rail projects shelved.

The allocation of Rs 6,636 crore to poll-bound West Bengal is the highest-ever funds earmarked for the state in the history of Indian Railways, minister Piyush Goyal had said soon after the Union Budget was announced, blaming successive state governments for the delay in rail projects in the state.

Taking to Twitter, TMC MP and national spokesperson Derek O’Brien said, “In election season, BJP’s tourist gang are touting ‘record Railway allocation’ for Bengal. The truth is, multiple rail projects have been shelved in Bengal and funding choked all these years.”

Posting two documents, O’Brien has highlighted “How Bengal has been deprived of Railways funds for years.”

In the document, the Rajya Sabha MP has highlighted how over one dozen rail factories across Bengal, initiated by Mamata Banerjee when she was the Minister of Railways, have received only a token financial allocation this year.

“The new rail coach manufacturing unit at Kanchrapara had been allocated Rs 74 lakh in the last budget. This year the allocation is just Rs 1,000. (One thousand rupees, not a typo!),” he said.

He further said in Budget 2020 the Centre shelved 20 new connectivity ventures and 10 upgradation projects launched by Banerjee as Minister of Railways, especially in rural Bengal.

Accusing the BJP of only focussing on states in election year, he said that from 2016-17 to 2020-21, no new lines in Railways were announced in South-Eastern Railways, let alone Bengal.

In 2020-21, four new projects were announced for SER but all of them went to Odisha and not Bengal.

Banerjee had inaugurated the East-West metro corridor as the Rail Minister.

O’Brien also alleged that BJP states benefitted at the expense of the rest of India, citing two examples of the the bullet train project and the broad gauge like in Surendranagar in Rajkot.

He also highlighted how in Budget 2020-21, Rs 980 crore was sanctioned for the National Railway University in Gujarat.

The Railway minister has said that there is no shortage of funds for the state and blamed the political dispensations for the delay in execution of works.

“The allocation for West Bengal is the highest-ever in the history of Indian Railways. It is 2.5 times the average amount allocated between Budget 2009-2014 and 26 per cent more than last year,” he had said while addressing a press briefing recently.

“Projects there remain incomplete or are delayed because the state governments – first it was the Left front government and now the TMC– have been unable to provide land to us. Projects which are 45 year old are pending in the state. I appeal to Mamata didi to expedite the process and give us land,” he had said.

Goyal said that due to non-availability of land, as many as 34 projects in the state have received only token allotment in the budget 2021-22.